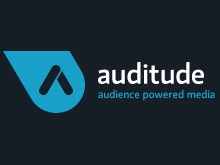 Online video management and advertising platform Auditude has secured an additional $10.5 million in funding from Redpoint Ventures along with existing investor Greylock Partners.

Redpoint and Greylock have between them backed market-leading companies such as DoubleClick, Right Media, Facebook and MySpace. Auditude plans to use the new funds to expand its leadership position in video management and monetization for content owners and publishers across the web.

Auditude enables content owners, publishers and advertisers to benefit from the distribution of video on the web. The company combines their highly accurate and patented fingerprinting technologies with a robust ad platform to simplify video distribution and advertising. The company also has partnerships with some of the world’s largest content and publishing companies including MTV Networks, Warner Bros. Entertainment, and MySpace.