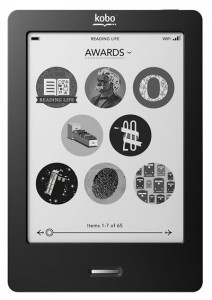 A week ago, we reported on the acquisition of Toronto-based ebook reader company Kobo by online retail giant Rakuten. The acquisition is seen as a beneficial move that will give Kobo the leverage to finally directly compete with the other two giant e-book reader brands being made by Amazon.com and Barnes & Noble.

The competition for your e-book reader money is really going to heat up this holiday season as Kobo joins the fray with its announcement of a more affordable new e-book reader. The new Kobo Touch is going to be sold by the company for only $99. The new Kobo Touchâ€™s price is being offset with ads. This is going to be Koboâ€™s first foray into an ad-supported reading device, a move that Amazon first took with its ad-supported Kindle devices.

Kobo said that the Kobo Touch with Offers (its official designation) will automatically show sponsored screens and â€œvaluable offers.â€ These ads will show up when the device is idle or not in use, for example when it is off or in sleep mode. The ads will also show up in other â€œdiscreetâ€ areas that Kobo assures will not interfere with the userâ€™s reading experience, for example, a small ad located at the bottom of the home screen. Kobo hasnâ€™t announced any firm dates on when it will be released. But Kobo said the device will come in black and that it will begin shipping the product in less than a month.

Kobo has a big chance of stealing money from Amazon or Barnes & Noble. The Kobo Touch with Offers basically offers the same specifications as its competition but at a cheaper price.