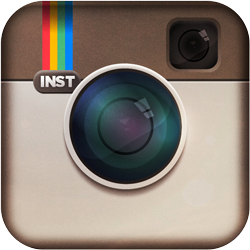 Instagram got a lot of flak from iOS users when two events happened within the space of days – Instagram’s release of an Android version of the popular photo shooting app and the announcement that Facebook as bought the company behind Instagram for a cool $1 billion. The negative reactions from long-time Instagram users got so intense that many of them said they will abandon the app and delete their Instagram account.

Instagram may have lost a number of accounts but overall, it doesn’t even need to worry. Last Tuesday, Instagram became the number one app in Apple’s App Store, the first time it has done so in its 17 month existence – and knocking Draw Something from the top spot.

The controversies surrounding Instagram right now may be the same factors that have brought the app more iOS users – iPhone owners who have never tried the app but have finally heard about it in the news.

As for the Android front, to say that Instagram’s debut was a success is a huge understatement. In just 12 hours after the app was made available in the Google Play Store, It has been downloaded one million times. Instagram is probably thinking, “goodbye the theoretical hundreds who deleted their Instagram accounts, we won’t miss you because of the one million new people that just entered the club.”