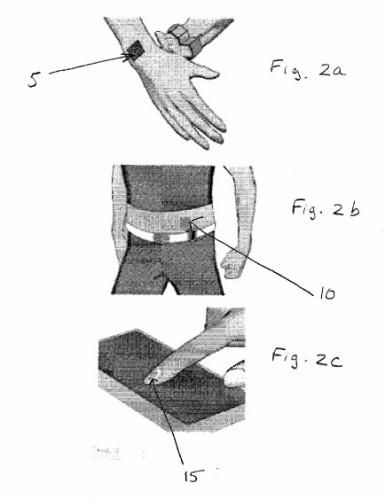 Nokia recently filed a new patent application for a new technology that is so far out there in terms of concept.

The new patent, which was reported by Unwired View, is about a new way of informing mobile phone users through a new kind of technology – vibrating tattoos. The patent Nokia filed involves the use of some kind of ferromagnetic material that can either be sprayed or stamped directly to the skin. This is then linked to a mobile device. The ferromagnetic material can detect a magnetic field and react by vibrating. The patent was filed last week with the US Patent and Trademark Office.

The “tattoo” can be placed anywhere in the body – it can even be placed on the fingernail. The tattoo can vibrate in many different ways – from a single pulse to multiple pulses to varying strong and weak pulses. These different pulses can be used for different types of notifications. For example, one particular pattern can be used to indicate low battery capacity, or an incoming SMS, or a reminder of an appointment that has been scheduled in the phone’s calendar. The vibrating pattern can be programmed by the user so an individualized vibrating pattern can be  programmed for different numbers in the contact list.

Aside from spraying and stamping, the ferromagnetic material can also be used in actual tattooing. One can have a tattoo done that will actually vibrate when paired with a phone.

It’s a bizarre concept, especially the idea of having a permanent tattoo that’s linked to a mobile phone.