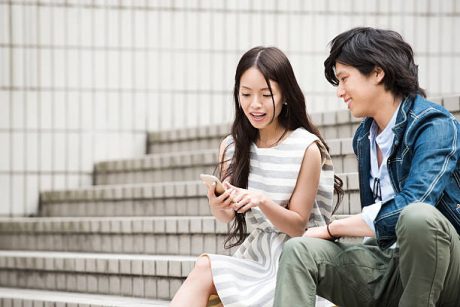 The evolution of the Internet has certainly changed the way we look at the world. The average person has five social media accounts and spends two hours a day connected to the internet. Understanding the digital landscape of a country can tell a lot about the ongoing trends and behaviour of the younger populace. It can provide useful information for businesses and even the government to get a pulse of the people and their needs, wants, and activities.

Japan has a population of over 127 million, 86% of which are active users of the Internet. 19% of the general public has at least one active social media account which translates to 24 million active profiles. Here are just some of the most popular social media platforms in Japan today.

More than 30% of the Japanese population owns a Twitter account, 50% of which are between ages 10 to 29. There are 49% female users and 51% male users. They have more monthly active Japanese users than any other platform. One of the key reasons for Twitter’s success in the country is the advantage of anonymity. It became a popular app for teens to freely express thoughts and emotions without fear of judgment.

It might be surprising for Westerners, but Japanese citizens often treat Facebook as a networking website rather than social media and entertainment. It is common for users to be friends with their bosses and co-workers and the platform is used to connect professionally much like using LinkedIn. More than half of Facebook users are between 20 to 40 years old, and only 7% are younger than 20.

LINE has been the top messaging application in Japan for years beating competitors like WhatsApp, KakaoTalk, and WeChat. There are over 50 million monthly active users in LINE or 40% of the Japanese population. Instead of exchanging numbers, young people would swap LINE IDs instead. Such is the popularity of the messaging app that LINE characters are commonly featured in Japanese popular culture. The company’s revenue reached 1.2 billion US dollars in 2016.

In 2016, Japanese users voted Instagram as the most enjoyable social media app tied with Line. Japanese celebrities have extended their social media presence with the app on top of using LINE’s blog platform and the traditional Ameblo. The rise of Instagram is attributed to the high-speed Wi-Fi and data connection in Japan as well as the popularity of smartphones.

Under the same parent company as LINE is a newcomer that’s poised as Japan’s very own Snapchat. It’s called Snow and it had over 100 million downloads by the end of 2016. Snow boasts of 50 million active users and specifically caters to the Japanese, Korean, and Chinese markets.

The social media landscape in Japan has certainly changed in Japan in the past few years and no one can tell which apps will come out on top by 2018. Facebook still has a lot of opportunity for growth but it appears that LINE won’t be kicked off the top spot anytime soon.