May is YouTube’s month. It was on this month when the first beta version of YouTube.com come out into the open. That was five years ago when YouTube was launched with an aim of giving all of us a place to easily upload videos and share them with the world. Did YouTube achieved this? Obviously yes – and with a resounding success. In fact, as YouTube celebrates its five years of existence, the premiere video uploading site has achieved a remarkable feat – 5 billion views per day.

If 5 million views per day does not sound interesting or applaudable to you, I don’t know what is. Â The fact still remains though that YouTube is a phenomenon. In fact, its current achievement can be compared to a double prime-time audience of perhaps all three major U.S. television netbworks.

After five years, YouTube has indeed transformed into a global platform that supports HD and 3D, live feeds of an entire sports season, top Holywood feature films, and even documentatries from activitists who want change.

What could be a better way of celebrating its fifth year anniversary but to launch a new YouTube channel that showcase how YouTube has helped changed people’s lives. The YouTube Five Year channel also lets you get into the mix by letting you upload your own video into the channel. But of course, you can’t just upload any videos there. It has to be something that tells about how YouTube has changed your life.

The new YouTube Five Year channel also features an interactive timeline that contains important moments and memes in the short history of YouTube.

Ready with your videos? Take part in this exercise and be part of YouTube’s history. 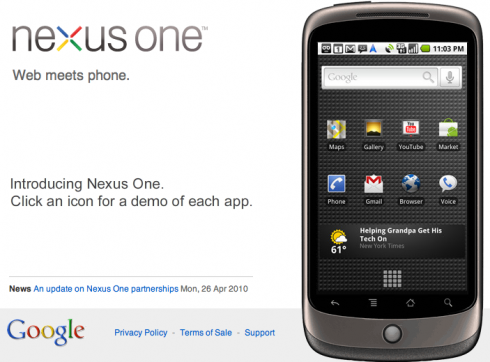 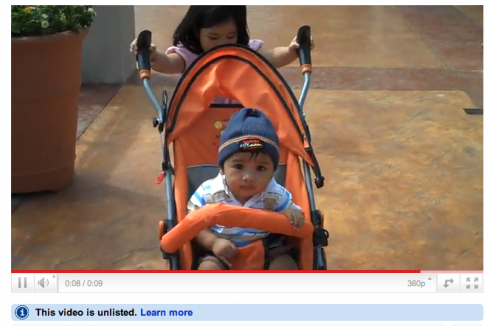 YouTube is a great site for hosting your videos, no doubt about that. But the problem with it is that when you upload a personal video that you just want to share with a few people, you can do so but then that video is searchable by any video who visits YouTube and chanced upon your video. In short, the videos you upload can be found by the whole world. There was no privacy setting that will let you restrict access to the video you uploaded in YouTube to only the people that you want to share your video with, not until now.

YouTube has just rolled out a new video upload option that will enable you to “unlist” the video you upload from being found by other people. Once you’ve unlisted a video after you uploaded it to you YouTube, only the people who have the link to the video will be able to watch it. It will never be displayed in any of YouTube’s public pages. Not in search results, on your personal channel or on the browse page. Â Only you and the people you share the video link with will be able to watch it. Well, of course other people can find it if the link is shared by the people whom you shared the link with.

YouTube unlisted video is a private video. And what’s good about this is that the person you share the link with does not need a YouTube account to view your video. All they need is the link to it.

You’ll get the link to your unlisted video after you the upload process is finished. Â Once you’ve unlisted a video and share it with someone else, that person will know that the video is unlisted by the “annotation” just below it when they’ve visited the video link you shared.

When HTC EVO 4G mobile device graced the CTIA 2010, it has received many accolades and endorsements. It even go the Best of Show Award from EWeek during the said event. So, when it was announced that this first ever 4G phone is about to hit the U.S. many have crossed their fingers and patiently waited for this to happen.

Boom! Suddenly, Sprint and HTC announced the official release date of the HTC EVO 4G – June 4, 2010. That’s about less than a month from now. And by virtue of it being the first ever 4G phone to hit the U.S., the whole mobile phone industry was rocked and stirred.

So why everybody is so agog about the HTC EVO and the its 4G connectivity via Sprint? How about this? – download speeds of up to 10 times faster than 3G. If you think that Sprint’s 3G network is fast enough, wait till you get a taste of Sprint 4G – which shall make the HTC EVO 4 the fastest data speeds of any U.S. wireless device.

In addition, Sprint and HTC are also rolling out voice and data capability either through WiFi or 4G networks. Â Biggest announcement of all, the HTC EVO 4G will support two-way video chat. Now that’s what I call – awesome!

Sprint currently offers 4G networks in 32 U.S. markets, so you’re pretty much covered in those areas. To find out if your area is one of those covered by Sprint 4G, check this out.

And how much would a blazing fast mobile internet on the new HTC EVO 4G phone cost you? Â Surprisingly, it’s only $199.99 with a two-year Sprint service contact. If you want to be one of the early adopters, you may register for reservation atÂ Â www.sprint.com/evo.

And so LinkedIn continues to improve on its site features and functionality. The popular business-oriented social networking sites has just improved on one of its most useful network-building feature called “People You May Know,” a powerful way of finding long lost business contacts as well as for building your professional identity. LinkedIn has combined this feature with another great feature called “faceted search.”

With these two useful LinkedIn features integrated, it is now easier to sort through the list of people your may know by companies and schools. You will now be able to easily page through all of your suggestions on the landing page and quickly sort through them by company or school as well as find out which connections you have in common with other LinkedIn members.

From the landing page of the filtered “People You May Know” suggestions, you can filter the results further by various ways to help you find the business contacts that you may have been looking for or possibly chanced upon somebody which you didn’t think you can reconnect to again.

To see the list of people on LinkedIn that you may know, simply click on the “See More” link on the People You May Know box on your LinkedIn profile page. From there you can start scouring through the list and hopefully gets to find contacts and continue building your LinkedIn network.