Brian Gardner over at Performancing has unveiled Nightlife for WordPress.

Feel free to download this sucker, and head on over to the forums if you need any help installing it our any support in customizing it.

I’m still a huge believer that WordPress is the killerest CMS and Blogging Engine on the planet. And what better way to support that than by releasing killer themes.

100% of my personal blogging is on Twitter. So please go ahead and add me as friend if you want, or stalk me.

At first i was a bit worried it would cause a massive slowdown on the internet and the web would come to a slow halt. But now Im convinced it’s actually helped motivate me a bit to stay on top of communicating. I tend to shut off AIM more and rely on Twitter to stay in touch at my convience. So its not a bad thing.

So why do I Twitter?
I Twitter because of the pure and genuine interaction I can have their. I can be transparent. I can share my frustrations to the whole world. I Twitter because like the Patriarch Abraham its best at times to slow down and enjoy life and the relationship we have. New Media is about open and sharing communication amongst our peers. And Twitter does a great job of that. Just like blogging used to for me. I still blogging but sometimes I just want to share a few things and not get into a huge discussion.

What are you waiting for? Join Twitter, and be apart of the conversation. It’s a lot of fun really.

Types of Blogs – A Taxonomy

Tom Haskins has defined four types of blogs and different motivations for blogging [via Creative Think]:

Each type has a different value to its respective bloggers. Of course some blogs may be a hybrid of two or more types – particularly #2 + #3. Haskins also talks about three transitional forms of blogs, which do not fit into the above four categories.

Mequoda Blog publishes their own Top 100 media blogs list, with a break down for a number of categories: # of unique visitors (UV) from the USA, # of sessions per UV, # of pageviews per UV, # of seconds per UV, and the origin of the brand. In the top 10, there is one media blog with a newspaper origin (#2, USA Today) and one with a TV network origin (#7, MSNBC). All the rest began life online.

The good news for print publishers is that a signficant number of media blogs in the rest of the Mequoda Top 100 are of newspaper, book, magazine, or newsletter origin. However, contrast this statistic with the fact that these sites are also amongst the lowest in terms of number of sessions per UV (i.e., repeat visitors). Which means they have some work to do in drawing back visitors.

Where To Sell Your Blog

So maybe your blog isn’t in Mequoda’s Top 100 media blogs list. That doesn’t mean it doesn’t have value that someone else might want. If you’re thinking of selling your blog or website, chek out Amit Agarwal’s suggestions at the ever-popular Digital Inspirations, which includes a short list of resources. 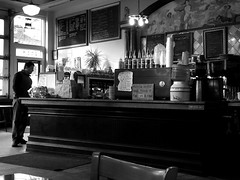 Well this is something I’ve been planning for a little while. And now its something I want to bring to fruition. I don’t know how many Coloradans read this blog. But starting on April 1st we are going to have a 901am New Media Publisher’s Breakfast once a month to discuss publishing and the new media landscape and how it effects our lives. We will also be touching on some other cool things as well including web 2.0 and how to encourage adoption of certain open principles.

Very informal, just conversational. And its free. Coffee and Breakfast are on 901am.

Leave a comment and let me know who you are and where you will be coming from. So we can get this first one planned. Or use the contact form.

Are You An Intelligent Writer?

Call yourself a writer? Consider yourself intelligent? The Atlantic needs the world’s 300 smartest humans to write essays for their websites. This would be one serious gig. It’s not precisely blogging, but it may further the profession of blogging as a result. That is, other media outlets are very likely to follow suit, opening up even more opportunities.

Three Georgia Tech students have done what appears to be a fairly indepth study into Digg, interviewing a number of top Diggers about their socializing and digging behavior. It is a fairly long paper, and I’ve admittedly only scanned it. Most of the Diggers they interviewed seem quite young, with maybe the exception of blogger extraordinaire Om Malik.

The paper seems to focus on the socializing amongst top Diggers, not so much on things like the Digg effect. There is a section on “Deviant Behavior”, referring to the small group of increasingly nasty commenters. It also mentions that the Diggers interviewed cover a spectrum of religions and locations around the world (and ages, too, though the majority of the top Diggers mentioned appear to be under 30.

If you read between the lines of the report, I at least get the impression that while there may not be an actual “Digg mafia” burying posts, it almost seems that there really are a few subgroups who are intentionally promoting certain causes. (I’m not saying these are bad causes, just pointing out a concerted effort.)

Sidenote: While 901am’s Muhammad Saleem is not mentioned in the paper, he is in the bibliography.

WebEx, the web conferencing software that you’ve probably used at some point, to view a software or other demo online, is now part of Cisco. So Cisco is going beyond networking hardware and software and getting into the telepresence market [via PaidContent]. The business could generate a billion in revenues. WebEx already had US$380M in sales, so Om Malik thinks that the $3.2B Cisco spent is a smart move, and possibly a competitive gambit against Microsoft.