Looking for possible future acquisitions? Here’s a list of 5 companies that would be a great fit for a traditional media empire looking to grow its business by embracing a new media company that is on a growth path.

Here at 901am, we’ve take the time to evaluate these 5 companies and their possible homes if they were acquired. These are mere speculations, and opinions. Any conflicts of interest are merely by accident. We hold no vested interest in any of these companies.

1. Breaking News Online
Paid Content recently highlighted Breaking News Online. I personally agree with Rafat Ali’s notion about this small company. It would be a great pickup for any news organization. However if I was the CEO of NPR. I would dig deep and find the money to buy this startup. Likewise a mid size city would be wise to pick up this news startup.

2. Celebrity Gossip Rags
The Superficial, Jossip, PopCrunch all come to mind as great ideas on which to build on. Numerous small and large companies should be reaching for the phone to try and pick up one or all of these celebrity gossip sites. Some prime examples of where a gossip rag would be fit would be Huffington Post which could use one of these sites as a strong base to create an entertainment division. Another company that would be wise to pick up one of these up and coming celebrity sites is

3. AllTop Aggregator
The Alltop Aggregator is just awesome enough to warrant a takeover. It would make a nice solid starting point for any established news entity looking to embrace new media. Some likely landing points for this company would be a traditional news agency like a mid sized newspaper looking to gain new readers, and reach out to those used to consuming news through new media.

4. b5Media
B5Media, is an online media publishing company located in Toronto. A great landing spot for this company would be an advertising agency looking to increase profits by owning their own sites. The AOL ad networks come to mind who could use a few of these sites to bolster their own brands. B5Media has some strong brands including ProBlogger, & Digital Photography School two very strong brands that would be very valuable to a company who knows how to monetize this type of content well.

5. Bleacher Report
The Bleacher Report is a quiet yet AMAZING success seeing growth that is unheard of in such a short period of time. It’s ripe for a takeover. It’s partnered with CBS Interactive and I think that’s a likely landing spot for this company, unless Yahoo Sports picks it up which to me seems like a great fit even though Yahoo said it’s shedding companies that don’t fit it’s new strategy. The Bleacher Report fits its’ strategy well and I think would be in goods hands at Yahoo.

One of the things working and publishing online has as far as benefits goes it the ability to work online and always be learning. I personally have a list of a few podcasts I regularly listen to, ebooks that inspire me, and blogs I read on a daily basis.

College Crunch has put together a list called 15 Podcats That Will Make You Smarter.

Personally I found some of these already on my listening list, and found a few new finds. As a media publisher I crave more content aimed at the online publisher, and webmaster crowd.

Do you have any suggestions for a resource aimed at improving the intelligence of the average webmaster of online publisher ?

Gravity Forms is truly the most revolutionary plugin on WordPress IMO. It does multiple things that I wish WordPress Core had built in. Form Management to create a user generated content site, to customer relationship management, to a user generated job board. The possiblities are ENDLESS.

We are happy to release Gravity Forms v1.2! This is an exciting release that adds some new, exciting and very powerful features to the mix. Developers will love the data integration capabilities and novice users will love the new features that makes managing forms even more powerful.

I’m a big WordPress nut and this is truly one of the most exciting developments to hit WordPress imo since the creation of the Thesis Theme for WordPress. On the outside and inside this looks like a solid product that you could build some solid sites on.

Jason Calacanis get’s it right when he says that Angels shouldn’t be asking Startups for cash for the time to pitch to them. First off Angels have the cash, and the time to listen to startups, and if they don’t have the time they shouldn’t ask startups to pay.

Jason Calacanis says it a lot better than I can, and in a rare moment I really agree with him on this.

Iâ€™ve been in the startup scene since 1994 and in those 15 years Iâ€™ve met, interviewed â€” and in some cases, pitched â€” the most powerful investors in technology. None of them have ever charged me a dime for doing so.
Why? BECAUSE THEY ARE RICH!

Itâ€™s low-class, inappropriate and predatory for a rich person to ask an entrepreneur to PAY THEM for 15 minutes of their time. Seriously, what is the cost to the party hearing the pitch? If you answered â€œnothingâ€ or â€œthe cost of two cups of coffeeâ€ you win the prize!

The Federal Communications Commission said on Friday it is set to investigate whether Google has violated telecommunications laws via its Google Voice App refuses to connect to some rural connection points. 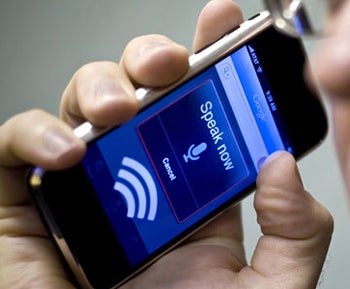 In a letter sent to Google on Friday afternoon, the FCC requested that Google explain how its application, Google Voice, works and why it is blocking some rural connection points.

Google’s lead attorney on this issue is Rick Whitt, and argued that the service is not a traditional phone service because it is free and is an Internet application. He said some calls denied service to rural areas because of high costs of making those connections.