JupiterResearch has found that social networks and online communities have little effect on influencing online retail sales. Outlined in a new report, “US Retail Consumer Survey, 2007,” social and community sites are only driving about 12 percent of online shoppers to buy more than planned.

The effectiveness of social and community sites, like MySpace, in driving retail sales is still emerging. Because 53 percent of online shoppers go directly to the retailer website while they are shopping, in contrast to the only three percent utilizing blogs, itâ€™s clear online shoppers continue to seek out direct access to locations where they can purchase a product or the source of that product when researching and purchasing both online and off-line.

According to the report, social and community sites help reaffirm purchase decisions as 29 percent of online shoppers say they make better decisions after using these sites. Yet, retailer must also manage their expectations with regard to incremental sales potential. In this increasingly competitive retail market, those that use an affiliate model will maximize opportunity with appropriate social and community sites. 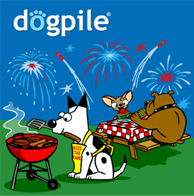 InfoSpace, developer of proprietary metasearch technologies, announced a partnership with blinkx, a video search engine, to offer video search capabilities for InfoSpace’s family of metasearch brands including Dogpile.com, the search engine which returns top results from Google, Yahoo!, Windows Live and Ask.com to provide users with the most relevant and useful information. As consumer demand for online video content continues to grow, the partnership allows InfoSpace to offer users the same breadth and relevancy of video search results as it does with text-based Web search results.

“Video search has become increasingly popular among today’s Web searchers and this addition allows us to offer Dogpile users a more visual and interactive search experience,” said Brian McManus, executive vice president of the online business unit at InfoSpace. “blinkx is a leader in the video search space and we chose them to power our offering because of their extensive video content library and advanced video search technology. blinkx also provides results from a variety of video aggregators such as Brightcove, which makes this partnership a great fit for Dogpile, as the leading metasearch site in the U.S.” 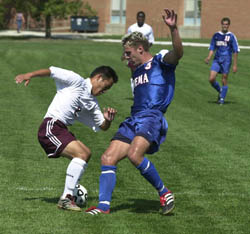 The 2006 FIFA World Cup Championship was among the most watched sporting events in history and offering these games has been the “goal” for many in the online television world for quite some time. Now through a unique partnership between JumpTV, broadcaster of ethnic television over the Internet, and Telelatino, Canada’s Latino Superstation, soccer fans throughout Canada will have the ability to watch live all of the FIFA championship tournaments through 2014 on the Internet. Pursuant to the agreement, JumpTV will have the online streaming rights to broadcast all games (approximately 1,200) of FIFA championship tournaments from July 2007 through 2014 with Spanish, Italian and Portuguese voice-overs, throughout Canada.

LovinLounge is a new departure from the free-for-all social networking and online dating sites for singles which have saturated the Internet. LovinLounge’s online community is modeled after the hottest lounges and nightclubs in the world. To get past the velvet ropes and inside, it’s all about who you know. You need to have an invitation.

For the 21 to 39 year old trend-setter tired of online communities with fake profiles, teenagers and people they have nothing in common with, LovinLounge provides a unique alternative to connect with others within their established social circle. “This exclusivity creates a level of assurance for our members the people they meet within the community are real and share a mutual interest and connection with one another. For them time is money,” Laura Godwin, PR Director of LovinLounge, said. 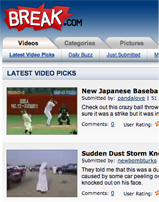 Break.com, an online entertainment channel for men, and G4 announced that the new original animated series, â€œCode Monkeys,â€ will premiere exclusively on Break.com.

From the warped mind of creator Adam de la PeÃ±a (â€œMinoriteam,â€ â€œThe Man Showâ€), â€œCode Monkeysâ€ is a rowdy celebration and biting parody of videogames, technology and pop culture. The satire, which is produced by de la PeÃ±aâ€™s Monkey Wrangler Productions, collides with reality as several of the most iconic technology and gaming personalities ever lend their voices for special guest â€œappearances,â€ including Apple co-founder Steve Wozniak and Atari founder Nolan Bushnell. The first episode of â€œCode Monkeys,â€ â€œET,â€ will premiere in its entirety on Break.com on Wednesday, June 27, 2007. The animated series premieres on G4 with back-to-back episodes on Wednesday, July 11 starting at 9 p.m. ET/PT.

â€œPeople want choices and thatâ€™s what they get at Break.com,â€ said Keith Richman, CEO of Break.com. â€œWhether itâ€™s user generated content or original programming from strategic partners like G4, we offer a wide variety of entertainment options to satisfy everyoneâ€™s needs. The future of online entertainment is delivering a great user experience and high quality content, and thatâ€™s what we do.â€