Couponing is an awesome way to save a lot of money. The deals you get from redeeming coupons in participating stores can potentially allow you to save on many high quality products. But couponing can be a demanding pursuit because there are so many things you need to think about  — where the coupon can be redeemed, the conditions for redemption, the discount you’ll get, and its expiration. Fortunately, because of the huge popularity of couponing, apps have been developed to help coupon collectors in the task of getting coupons and collecting them.

Here are some awesome couponing apps you should check out: 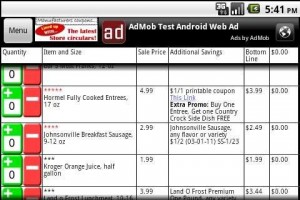 Personally, I think coupons are at their most useful when redeeming it at grocery stores. I love that you can get a lot of savings from grocery items since they’re highly consumable products. That’s why I think Grocery Smarts is a very useful app. This app goes through various grocery store ads and presents you with a more organized list of deals that are currently active. It even lists deals that does not require you to present a coupon. As an added feature, you can add items to the list so it can give you a projected total of all your purchases. You can then save the list and retrieve it anytime when you’re shopping. 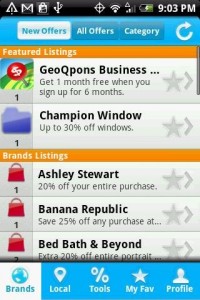 Location based services have grown tremendously over the last couple of years, and the technology for couponing is very smart. GeoQpon is an app that lists coupon deals based on your location, which is genius. The app will tell you of the great deals that you can find near your general location. When you choose a good deal, the app can open Google Maps so you can find the general direction of the store. It’s extremely useful and also provides you with great deals even when you’re travelling. 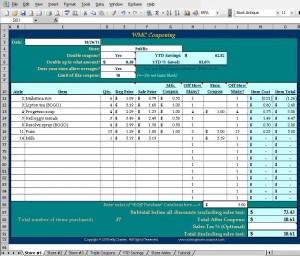 Sorting through various coupons can get very confusing, that’s why organization is really important when couponing. The WMC Couponing Spreadsheet is a cool way of sorting through and organizing your coupons. The app provides you with a way to organize your coupons by inputting the store, the store information and even its couponing policies. The app will then make the calculations automatically.

Susan is a big fan of couponing and loves to find various deals online. She contributes articles for Cheap Sally, a coupons and deals site. 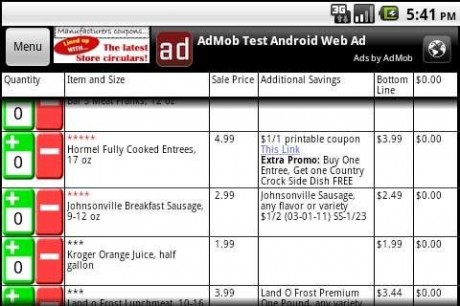