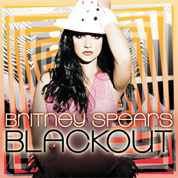 MTV Networks’ Music & Logo Group and Jive Records announced that Britney Spears’ new album, Blackout, will be streamed exclusively through The Leak on MTV.com, VH1.com and LOGOonline.com beginning todayâ€“ a full week in advance of its official release date. The Leak is the only online destination where fans can listen to Blackout in its entirety prior to Oct. 30. MTV Networks will drive further interest in Blackout by promoting it on-air on MTV, MTV Hits, MTV Tr3s, VH1 and Logo.