Another day another Google lawsuit, although this time its an actual tech company instead of an entertainment corporation.

One one side is Google, whose Android platform represents the new world order for mobile devices while on the other side is Oracle, a company that has seen better days and now sees Android as their personal ATM machine.

The suit was filed Thursday in U.S. District Court in San Francisco and seeks a jury trial. (Computer World) END_OF_DOCUMENT_TOKEN_TO_BE_REPLACED

It looks like Google’s path of mobile domination continues with Eric Schmidt (CEO of Google) revealing that Android’s popularity has grown since June and that the green robot is now being activated upon 200,000 phones a day!

While this is still a far cry from Apple’s unofficial numbers (as Cupertino is still extremely secretive about iPhone 4 activations), this trend may signify the end to the iEra of smartphones in a realm where Google is (once again) the center of attention.

Android’s new found fame is starting to attract a higher grade of apps, as Facebook has recently upgraded their Android app in order to make it more functional for Android lovers (although the app currently lacks chat).

Android’s popularity may spell trouble for other smartphones (like the Blackberry Torch and Windows Phone 7) as they may have trouble attracting third party developers who (more often than not) have few resources to spare when it comes to mobile platforms.

With Apple selling millions of iPads, it looks as if Motorola is finally jumping in the game with an unnamed Android tablet of its own.

Motorola is developing a digital tablet device that will allow users to watch television on it, as the US mobile phone group attempts to chip away at a market established byÂ Appleâ€™s popular iPad.

The device, which will have a 10-inch screen and operate on Googleâ€™s Android software, could launch as early as this autumn in the US.Â Â (Financial Times)

According to the Financial Times, the Android tablet will rely heavily upon Verizon’s FiOS TV service which will allow the device to compete against Apple’s vast media library from iTunes.

While Motorola’s “DroidPad” could tap into Google’s extensive Android app market (similar to how Apple uses its iOS market to inflate the number of apps available for the iPad), they will probably need to ask developers to create tablet specific apps as super sizing mobile apps tends to give consumers “eyesoritous.” 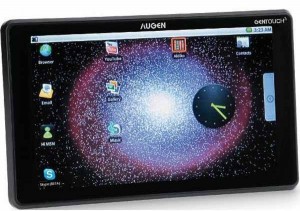 The end is near my net book friends! It looks like K-mart (which is WalMart’s rival in the US) will be carrying Android tablets for a limited time.

But what is most suprising about this offer is the price, which is cheaper than the iPhone 4 (carrier subsidy and all). END_OF_DOCUMENT_TOKEN_TO_BE_REPLACED

It looks like the Google overlords have finally wised up and are now allowing users of their ever so popular Android device to charge apps to their carrier cell phone bill.

Please note that we have updated the Android Market Developer Distribution Agreement (DDA). This is in preparation for some work weâ€™re doing on introducing new payment options, which we think developers will like. […]

In Section 13.1, â€œauthorized carriersâ€ have been added as an indemnified party.

Section 13.2 is new in its entirety, covering indemnity for payment processors for claims related to tax accrual.

These new terms apply immediately to anyone joining Android Market as a new publisher. Existing publishers have been notified of this change via email; they have up to 30 days to sign into the Android Market developer console to accept the new terms. (Official Android Developers Blog) END_OF_DOCUMENT_TOKEN_TO_BE_REPLACED