Overall the BB smartphone looks very impressive, and it looks as if RIM has successfully bridged the gap between the corporate world and the Â consumer (something even the mighty iDevice has struggled at).

While the Blackberry Torch is no iPhone killer (then again, what really is?), RIM may have just committed their first mistake, one that brings up memories of another smartphone by the name of Palm Pre.

Despite boasting an elegant design, touch screen and QWERTY keyboard, Palm made the fatal mistake by choosing Sprint as its premier carrier at a time when the network was very unpopular in the US. END_OF_DOCUMENT_TOKEN_TO_BE_REPLACED 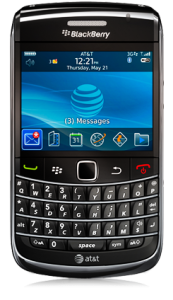 RIM isn’t too thrilled with Apple’s latest press conference in which Steve Jobs was able to “duplicate” antennategate upon a respective Blackberry device.

RIM’s co-CEO’s Mike Lazaridis and Jim Balsillie decided to issue a joint statement which accuses Steve Jobs of lying about Blackberry’s signal woes (at least when compared to the iPhone 4).

Appleâ€™s attempt to draw RIM into Appleâ€™s self-made debacle is unacceptable. Appleâ€™s claims about RIM products appear to be deliberate attempts to distort the publicâ€™s understanding of an antenna design issue and to deflect attention from Appleâ€™s difficult situation. RIM is a global leader in antenna design and has been successfully designing industry-leading wireless data products with efficient and effective radio performance for over 20 years. During that time, RIM has avoided designs like the one Apple used in the iPhone 4 and instead has used innovative designs which reduce the risk for dropped calls, especially in areas of lower coverage.

One thing is for certain, RIMâ€™s customers donâ€™t need to use a case for their BlackBerryÂ® smartphone to maintain proper connectivity. Apple clearly made certain design decisions and it should take responsibility for these decisions rather than trying to draw RIM and others into a situation that relates specifically to Apple. (Inside Blackberry) END_OF_DOCUMENT_TOKEN_TO_BE_REPLACED 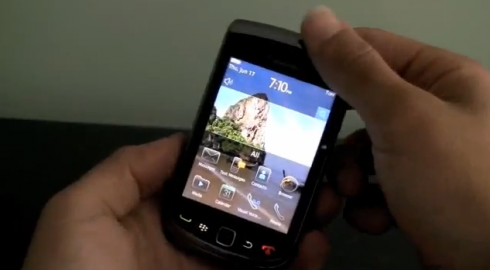 Despite being adopted by every corporate exec under the sun, I have always found Blackberry smartphones to be annoying at best, and frustrating at worst (hence the reason why I always avoided owning one).

However it looks like the boys and girls at RIM are about to unleash an impressive Blackberry to the masses, one that will appeal to touch screen addicts as well as those embracing physical keyboards. END_OF_DOCUMENT_TOKEN_TO_BE_REPLACED 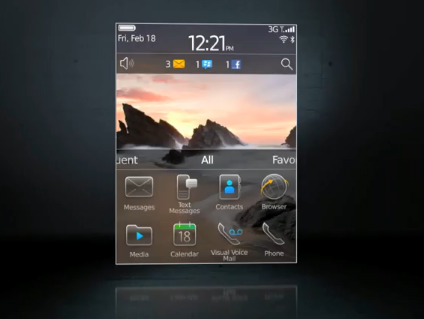 Despite the hype over the iPhone (or iDrama if you’re suffering from signal loss), Apple has yet to capture the smartphone crown, as RIM (which stands for Research In Motion for you non-geeks) still reigns as the champion in the US.

Despite its vaulted position, RIM has done a horrendous job at countering Apple’s mobile OS, although all that may change with the launch of Blackberry 6.

In the almost ten years Iâ€™ve worked at Research In Motion (RIM), Iâ€™ve never been as excited about a BlackBerryÂ® software launch as I am for BlackBerry 6, which is on track for release this summer. Iâ€™m absolutely in love with the BlackBerry 6 experience and I expect other longtime users like me will feel the same. I also think the wide range of changes and added features in BlackBerry 6 will attract a lot of new users to the BlackBerry platform. […]

In addition to the new fluid user interface, the video illustrates a few of the new applications and features in BlackBerry 6 that are designed to provide users with a mobile experience that is fun and approachable, yet extremely powerful. Weâ€™ll discuss these features in more detail on Inside BlackBerry as we move closer to the point when BlackBerry 6 becomes publicly available. (Inside Blackberry)

Unlike Android and Windows 7 Mobile (whose user interfaces look hideous), Blackberry 6 seems to be a breath of fresh air that may help RIM regain favor with the corporate masses (or rather their employees) in an age where everyone is going “ga ga” over iPhone 4. END_OF_DOCUMENT_TOKEN_TO_BE_REPLACED