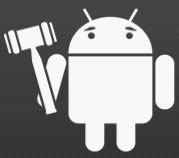 It looks like Oracle will be unable to bring the full force of their lawsuit against Google as a judge has ordered Oracle to pick which claims they want to file against the search giant.

“Oracle will surrender all of its present infringement claims against Google based on the 129 asserted claims that will not be tried,” the judge added. “Oracle may not renew those infringement claims in a subsequent action except as to new products.” (ZD Net) END_OF_DOCUMENT_TOKEN_TO_BE_REPLACED

After launching Google Buzz to the masses within Gmail, the search engine giant has faced harsh criticism from users (at least within the US) over various privacy issues with the service.

Now the company is apparently setting aside millions of dollars in order to help pacify the legal complaints against the company.

A class action Settlement has been reached with Google Inc. (“Google”) that resolves litigation about privacy concerns arising out of Googleâ€™s social networking program, Google Buzz. The Plaintiffs allege that Google automatically enrolled Gmail users in Buzz, and that Buzz publicly exposed data, including usersâ€™ most frequent Gmail contacts, without enough user consent. Google denies the accuracy of Plaintiffsâ€™ allegations and denies that it violated any law or caused any harm by the launch of Google Buzz.

Under the Settlement, Google will establish an $8.5 million Common Fund to fund organizations focused on Internet privacy policy or privacy education, as well as to cover lawyersâ€™ fees and costs and other expenses. Google will also do more to educate users about the privacy aspects of Google Buzz. Â (Buzz Class Action)

Although Google is still maintaining its innocence regarding the matter, the settlement is a way for the company to pacify their vocal critics in order to move beyond the uproar Google Buzz created.

For those willing to litigate, Google is offering Americans the option to exclude themselves from the settlement (if they desire to sue Google with their own attorney) or forfeit their legal complaints by doing nothing.

Lawsuits and settlements aside, Google is still struggling to make Google Buzz relevant with the masses, and it will be interesting to see whether or not Google shuts down Buzz in the future (like they did with Google Wave) and focus on other projects instead.

With Android poised on supplanting iOS as the dominant mobile operating system in the west, it looks like another company has come forward with a lawsuit against the search engine giant (who is currently in the midst of battling Oracle).

The manufacturer of digital-security technology filed the patent-infringement suit against the companies in Texas federal court on Oct. 22, according to the complaint. Gemalto said the development platform for Android improperly includes its Java Card technology, which allows software written in Java and other â€œhigh-level programming languagesâ€ to run on mobile phones. (Bloomberg)

Although it’s not surprising that Germalto NV is suing Google (who truth be told receives a lot of lawsuits in the US, many of themÂ frivolous), Germalto NV’s strategy of suing manufactors seems to be aimed at thwarting Android’s expansion by scarring off potential partners.

Germalto NV surprisingly isn’t going after otherÂ manufacturers (like Dell) who also make Android smartphones (although truth be told HTC, Motorola and Samsung are the top 3 selling Android devices in the US).

While it’s doubtful that this legalÂ squabbleÂ will thwart Android’s path towards global domination, Germalto NV’s latest lawsuit could slow down adoption by smallerÂ manufacturersÂ (the latter who probably lack the money to burn on patent attorneys).

Another day another Google lawsuit, although this time its an actual tech company instead of an entertainment corporation.

One one side is Google, whose Android platform represents the new world order for mobile devices while on the other side is Oracle, a company that has seen better days and now sees Android as their personal ATM machine.

The suit was filed Thursday in U.S. District Court in San Francisco and seeks a jury trial. (Computer World) END_OF_DOCUMENT_TOKEN_TO_BE_REPLACED

Today is a good day for Google. Not only are Android phones selling faster than expected, but it looks like the courts have dismissed Viacom’s lawsuit against YouTube.

Today, the court granted our motion for summary judgment in Viacomâ€™s lawsuit with YouTube. This means that the court has decided that YouTube is protected by the safe harbor of the Digital Millenium Copyright Act (DMCA) against claims of copyright infringement. Weâ€™re extremely gratified by this decision and the now established judicial consensus that online services like YouTube are immune from liability when they work cooperatively with copyright holders to help them protect their rights online. (Official YouTube Blog) END_OF_DOCUMENT_TOKEN_TO_BE_REPLACED