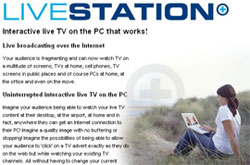 Stepping up from the usual video streaming networks, LiveStation provides live content so that you can watch TV programs through your desktop or laptop even if you’re away from a television screen. “This product streams live television on a computer over a peer-to-peer network, which means you don’t need to use all the traditional server infrastructure and bandwidth associated with streaming,” said Matteo Berlucchi, co-founder of Skinkers. 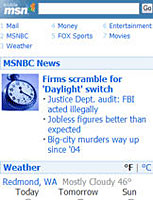 Microsoft today said it revamped its MSN Mobile portal for mobile phone owners. This new offering is designed to allow MSN users and others more easy access to mobile content from the online portal.

MSN Mobile’s pages, according to Microsoft, have been designed for optimized rendering on the screens of mobile phones. It is designed to be compatible with all devices with Internet browsers utilizing Wireless Application Protocols (WAP) 1.2 or greater. A wide array of offerings is available through MSN Mobile, including access to e-mail, news, sports, entertainment, local movie listings, maps and directions, as well as Windows Live services such as Windows Live Hotmail, Windows Live Messenger, Windows Live Spaces, and Live Search.

Microsoft added it is pursuing alliances with operators to integrate MSN Mobile on their own WAP home page. It is also looking to create additional opportunities to jointly pursue mobile advertising opportunities with local businesses, mobile operators, advertisers and publishers. 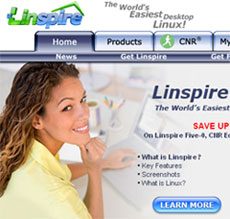 Interestingly, Linspire was “Lindows” in 2001 when it was founded. Microsoft then paid $20M to rename their company to “Linspire” as part of a trademark infrigement settlement between the two companies.

Based in San Diego, Linspire is known to provide propriety codecs, as well as drivers and software through which users were given the opportunity to use the Linux OS with a wide range of popular multimedia formats and plugins.

This is just the first of ten parts. Watch the other parts here. Here’s the text of his commencement speech.

Microsoft today unveiled a partnership with the BBC to showcase online three-dimensional photographic representations of historic sites throughout the United Kingdom. The online show is designed to run in conjunction with the BBC’s How We Built Britian television series.

Microsoft’s Live Labs, using its Photosynth 3-D imaging technology, will let viewers explore representations of Ely Cathedral, Burghley House, the Royal Crescent, Bath, the Scottish Parliament buildings and Blackpool Tower Ballroom. The BBC, during the broadcast of the series, will collect fresh images from tourists visiting the sites. The synths will then be updated with a selection of these photos.

The idea behind the integration of the photos is to contrast how people interacted with the locations in the past and present. Those who view the Photosynth pictures will be able to “explore a building, zooming in to see the smallest decorative detail, or zooming out and panning through 360 degrees to place the building in a wider context.” 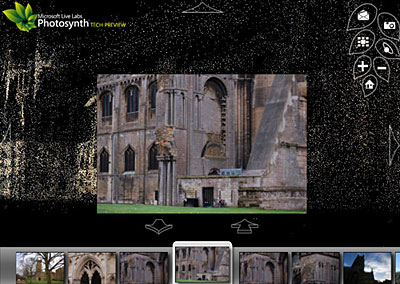