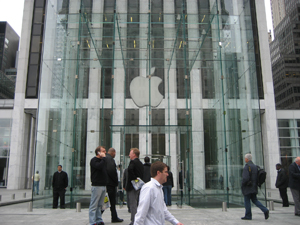 Apple confirmed that it has blocked access to MySpace in its retail stores. Their reasoning is straight and simple: “Nearly 2 million people visit Apple stores every week. We want to provide everyone a chance to test-drive a Mac, so we are no longer offering access to MySpace in our stores,” a statement from Apple said.

An Apple store employee told CNET that “MySpace is a big issue for the Apple stores because people come in, Photobooth themselves (using Macs’ built-in webcams), then stick their picture up on their MySpace account and loiter at machines for hours.” 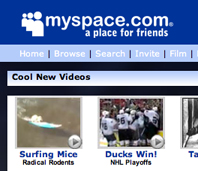 With legal demands staring in its face, MySpace said that it will release data on registsred sex offenders that it has identified and removed from its website.

Citing federal privacy laws, MySpace at first denied a demand from North Carolina Attorney General Roy Cooper and other states, who asked for data on how many registered sex offenders are using MySpace and where they live.

MySpace agreed to provide the information to all states after some members of the group filed subpoenas and took other legal actions to demand it. MySpace obtained the data from Sentinel Tech Holding Corp., which the company partnered with in December to build a database with information on sex offenders in the United States. 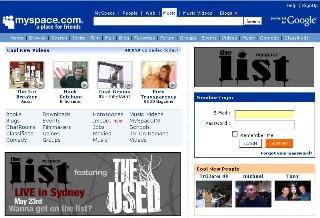 In light of about 100 criminal incidents (sexual in nature) involving Myspace users, 8 attorneys general requested the popular social networking Web site to turn over the names of registered sex offenders using their site.

Last December, Myspace has partnered with Sentinel Tech Holding Corp. to identify and remove sex offenders in US from the site.

“MySpace can certainly take its own action to remove those sex offender profiles from their site. They say they are doing that but we want to know … exactly what steps they are taking,” said Cooper. 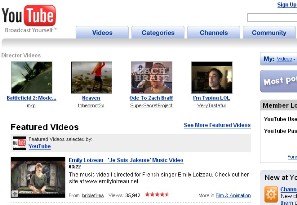 The US Department of Defense (DoD) has waged a new war â€“ this time against 13 popular Web sites including YouTube and Myspace. Claiming that these sites affected network bandwidth and opened numerous security gaps, DoD decided to curtail this benefit to all military personnel.

MySpace, YouTube.com, Metacafe, iFilm, StupidVideos, FileCabi, BlackPlanet, Hi5, Pandora, MTV.com, 1.fm, Live365 and Photobucket are all victims of their own popularity. Removal of these sites are based not solely on popularity but also size and content of the files.

In an interview by TechNewsWorld with DoD’s Joint Task Force, Global Network Operations (JTF-GNO) public affairs officer Tim Madden, he said, “This is a proactive measure that’s intended to maximize the availability of DoD network resources to support DoD missions, and it doesn’t prohibit military or DoD civilian personnel from accessing those sites from another computer. What we need to do in providing command and control for the GIG (the military’s Global Information Grid) is ensure timely and secure Net-centric capabilities across strategic operational and tactical boundaries.” 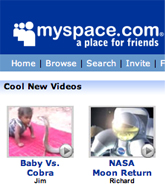 MySpace announced the launch of Take Down Stay Down, an innovative new feature for copyright holders that prevents users from re-posting video content in the MySpace community after that content has been removed at the request of the copyright owner.

Take Down Stay Down utilizes a number of steps to ensure the content is identified, taken down, and kept out of the MySpace community. When a content owner informs MySpace that a user has improperly posted its content onto MySpace Videos, not only is the video promptly removed by MySpace, but MySpace also creates a digital fingerprint of the video content and adds it to its copyright filter, which is based on industry-leading Audible Magic technology. If any user tries to upload the same content that has been removed, the filter will recognize the digital fingerprint and block the content from being uploaded. This way, when copyright owners remove content from MySpace, they will have greater comfort that it will stay down and not be reposted. MySpace is the first to offer this feature to copyright owners.