Possibly not wanting to let Xbox Live one up them, Sony has officially announced support for Facebook. Â The announcement was made via a post at the official Playstation blog about the latest PS3 firmware (v3.10) update. Â One of the new features of the firmware updates is of course “partial” support to Facebook. 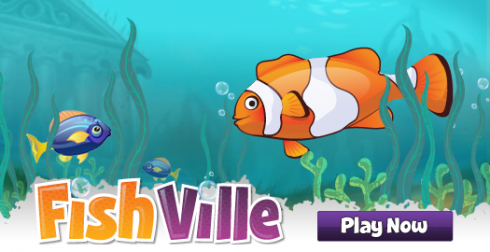 If you’re on Facebook (who isn’t anyway?), Â don’t be surprise if you receive a notification coming from FishVille. It’s not a typographical error since FishVille is not FarmVille. It’s actually a new game from Zynga, makers of Mafia Wars and FarmVille, Â two of the widely played Facebook game apps. END_OF_DOCUMENT_TOKEN_TO_BE_REPLACED

OGPlanet licenses online games from Korea and markets them in the US. Its growing portfolio of massively multiplayer online (MMO) games includes Cabal Online, Rumble Fighter, Albatross18 and the recently announced La Tale coming in the third quarter of 2008. OGPlanet operates all of its games under a free-to-play model while in-game item purchases are available through a micro-transaction system.

Electronic Arts Inc. announced that EA Phenomic Studio based in Germany is developing BattleForge, a new fantasy online real-time strategy game where you assemble your own army with collectible trading cards. Win, trade and buy your cards online to create your ultimate deck.1 Mix and match the elements of your cards to play with your friends online and conquer massive online battlegrounds.

BattleForge is expected to ship in Fall 2008 for the PC.

“The Mist” is rolling in with Blockbuster Inc. by launching a free online game inspired by the Stephen King film. The game pits players against the predatory “Mist” creatures from the movie and highlights that Blockbuster will have exclusive rentals of The Weinstein Company film when it is released on DVD on March 25.

Now through April 8, “The Mist” game will give gamers a chance to live the movie. Players must defeat a series of predators, battling their way through three levels based on scenes in the film. Those who escape the mist and win the game get a sneak peak of an exclusive interview with Stephen King and director/screenwriter Frank Darabont.