Lala.com jumps into the current online music revolution as it transforms its CD-swapping site into a music portal where songs can be downloaded without copy-protection, and directly to members’ iPods without having to go through computer hard drives.

“This is a turning point for music companies and the entire industry,” Lala.com’s co-founder Bill Nguyen said. “I have no idea if it will work — this is a bet,” he added.

This Silicon Valley-based company aims to sell about 200,000 songs from Warner Music for 99 cents each, starting Tuesday. Members will be able to play Warner songs through Lala.com’s web browser for free, and the company will pay Warner a penny every time someone listens to a song. Lala’s executives are currently aiming to make deals with other big labels such as Sony BMG, EMI and Universal as well.

Currently, Lala.com’s member subscription is free, and the site does not have advertisements, hence, revenue comes solely from new CDs purchased or used CDs swapped through their site. Lala.com has over 300,000 members to date.

According to analysts, this is a move that might be detrimental to Lala.com. Aside from having to compete with Apple’s official iTunes music site, Lala has to face equally powerful e-commerce businesses such as Amazon.com and eBay.com which also caters to the online music market. In time for CMA Music Festival, CMA is launching a new series of podcasts that explore life on the road for up-and-coming and established Country Music artists called “CMA Road Stories” at CMAfest.com.

“If we have discovered one thing after presenting CMA Music Festival for 36 years it is that our fans really enjoy a behind-the-footlights glimpse at the lives and careers of our artists,” said CMA Chief Operating Officer Tammy Genovese. “This series will offer them an opportunity to get to know these artists and their music in a new and exciting way.” 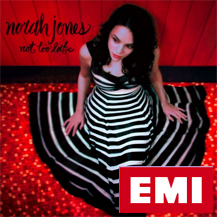 YouTube has agreed to a deal with major music label EMI Group to give users of the video-sharing site broad access to music videos by EMI artists.

YouTube users would be allowed not only to watch and play authorized videos and recordings from EMI artists including Coldplay, Norah Jones and David Bowie, but also to incorporate elements of the videos in YouTube users’ own “user generated content.”

â€œWith this deal, all four of the worldâ€™s major music companies are now official YouTube partners,â€ said Chad Hurley, CEO and Co-founder of YouTube. â€œEMI is a proven leader in the emerging digital music landscape and one of the worldâ€™s largest and most respected music companies. Weâ€™re excited to add EMI Musicâ€™s stellar roster of artistsâ€™ content to our site and make it available to our community.â€

Eric Nicoli, CEO of EMI Group, said: â€œWorking with YouTube under this agreement meets EMIâ€™s objectives to offer consumers the best possible entertainment experiences, to create new ways to connect our artists to fans and to enter into innovative business models that will generate revenues for our business and our creators. Through this agreement EMI Music and its artists will be fairly compensated for their work.â€

Last year, Warner Music Group Corp., Universal Music Group and Sony BMG Entertainment each signed a content deal with YouTube. As part of the agreements each music company took a small stake in YouTube, prior to it being bought by Google, according to sources familiar with the talks. 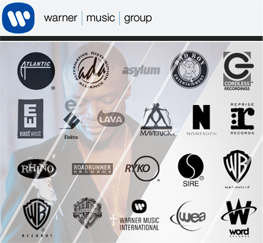 Warner is planning to make its vast archive of videos available for free online after signing a deal with Premium TV, the group behind premier league football websites. The online TV company will create a series of online video sites organized by artist, genre, and label.

Users will be able to log their favourite music and artists and stream video for free from Warner’s catalogue, which includes footage of the Doors, Led Zeppelin and REM as well as newer artists like Hard-Fi. The sites, which are still in development, will also offer previously unseen footage. from Warner artists which include Led Zeppelin, REM, Madonna, among others.

The US giant says the deal will make it the first of the world’s four major music companies to supply its whole video archive online under a new business model that raises money through online advertising. 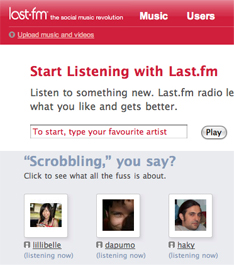 CBS Corp. announced its acquisition of Last.fm for $280 million. The social network, organized around musical tastes, leveraging each user’s musical profile to make personalised recommendations, connect users who share similar tastes, provide custom radio streams, among others. The company claims more than 15 million monthly users, including more than 4 million in the U.S.

“Last.fm is one of the most well-established, fastest-growing online community networks out there. Their demographics also play perfectly to CBS’ goal to attract younger viewers and listeners,” CBS Chief Executive Leslie Moonves said.