Audible, Inc. today launched a groundbreaking, episodic novel called The Chopin Manuscript. This new novel, a collaborative creation by the world’s top thriller writers, is available only as serialized downloadable audio from audible.com.

Created by 15 of the most recognized thriller writers (including New York Times best-selling writers Jeffery Deaver, Lee Child, Joseph Finder, and Lisa Scottoline), this collaboration began when Jeffery Deaver wrote the opening chapter of the work and handed it off to fellow best-selling writer, David Hewson, who wrote chapter two. This process continued, with each successive chapter written by 13 different authors. The intense thriller-in-progress finally returned to Jeffery Deaver, who wrote the final two chapters before the work was narrated by noted actor Alfred Molina.

Starting today, Audible customers can receive the novel serially. Two to three chapters will be automatically delivered each week for eight weeks.

Many of the participating authors are well-known to observers of The New York Times best seller list. Lee Childâ€™s Bad Luck and Trouble hit #2 on the list; Joseph Finderâ€™s Power Play debuted at #7: and Jeffery Deaverâ€™s latest book, The Sleeping Doll, hit #15. Lisa Scottoline, David Hewson, and other contributors to The Chopin Manuscript are also well known for their large and avid followings.

All the writers are members of International Thriller Writers, which partnered with Audible on the creation of The Chopin Manuscript.

Personal Life Media, publisher of lifestyle iPod content for people on the leading edge of culture, reached one million iPod downloads of their 16 weekly audio shows and podcasts just six months after launch.

An extensive mix of original iPod programming formatted as talk shows, reality audio, frank discussion, guided exercises, led-visualizations and step-by-step instruction from established and emerging experts is targeted to iPod and iTunes users, “cultural creatives” and Boomers 35+ oriented toward personal growth. The iPod and MP3 player-ready shows are ad-supported podcasts that run weekly and are from 5 to 45 minutes in length depending on the format. All shows can be accessed in iTunes.

Company executives credit their commitment to rich and unique iPod content not available from mainstream media outlets as the key to success. “From intimacy and relationships to anti-aging and cosmetic surgery, to wealth-creation and next-century sales techniques to authentic living and global spirituality, we feature experts who dive deep into the issues most important to one’s personal life,” states Susan Bratton, co-founder and CEO. “Clearly this content resonates with consumers.”

The recently formed Association for Downloadable Media (ADM) will hold its first in-person meeting at the Podcasting & New Media Expo in Ontario, CA. The meeting will be held at 7:30 a.m. PDT on Friday, September 28, 2007 in Ballroom A. Anyone can attend who is registered as an expo attendee.

Agenda items to be discussed include the goals of the organization, the continued membership drive, committee formation action plans, first priority deliverables as an organization, potential membership benefits for podcasters, and the process for the nominations for board seats and committees. After the initial member conference call August 22nd, this is the first in-person meeting of ADM paid and prospective members and is shaping up to be a productive gathering. ADM has been successful at attracting members and has a roster of 50 publishers, agencies, vendors and metrics companies.

Nominations for the 4 Executive Committees (Chairman, Vice Chairman, Secretary and Treasurer), 11 Advisory Board seats and 5 Committee Chair positions are now open. Any current ADM members may nominate themselves or other members for office positions on the executive and advisory board slots or as committee chairs.

Splashpress Media announced the launch of its latest blogâ€“ Audival. The aim is straightforwardâ€“ to help you record and make professional sounding podcasts. It includes tips, tutorials, articles on equipment and sound clips available for anyone to use in their own podcasts.

Audival is run by Stefan Hedengren, a professional musician and a crappy blogger more commonly known as Stiff.

Editor’s note: Audival and 901am are sister blogs, both published by Splashpress Media 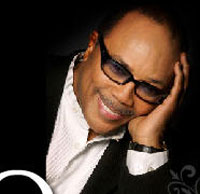 Legendary entertainment industry figure Quincy Jones debuted today a new video podcast series through a partnership with podcast distributor Wizzard Media. The video podcast offering is part of a plan by Jones to go more digital as he launches an enhanced personal Web site to host the podcasts and other content.

The new Quincy Jones video podcast series will comprise at least 26 episodes in the first year. It will include “footage of him at work in the studio with some of today’s biggest stars and at exclusive events around the globe. Also featured in upcoming video podcast episodes will be Quincy on film, popular culture, politics and events on the national and international stage.”

The first video podcast shows Jones “in the studio producing Celine Dion’s version of I Knew I Loved You, recorded for the tribute album We All Love Ennio Morricone and slated for inclusion on Dion’s upcoming Greatest Hits album…it allows viewers to experience the recording and production process with Quincy and Celine and hear Quincy sharing candid and personal thoughts on the project.”