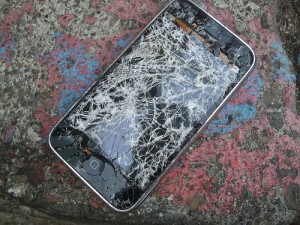 I wish Apple would stop trying to keep its exclusive mobile network partners happy and just open up the iPhone to any network, then it wouldn’t have to pander to their tightfisted demands.

In fact, Apple shouldn’t have to pander to the network operators as it is, particularly after the rather derogatory labels Steve Jobs has applied to them in the past, yet their demands still seem to cause apps to get blocked, at to detriment of paying customers.

The latest app is one that British iPhone users would no doubt relish. The 0870 application quickly finds alternative geographically fixed phone numbers for the pesky non-geographical 08** numbers that companies frequently use and cost an absolute fortune to call from cellphones. END_OF_DOCUMENT_TOKEN_TO_BE_REPLACED

Keeping address contacts, online status updates, messaging services and multimedia in check at home and while on the move, data is automatically backed up and synced across devices, similarly to services such as Apple’s MobileMe but with the inclusion of web data such as Facebook and IM contacts. END_OF_DOCUMENT_TOKEN_TO_BE_REPLACED

Nokia is calling application developers in the UK to create more innovative mobile software for its handsets, across five categories including social location, business and productivity, communications and social networking, games, and “just for fun”.

The developer who wins each category will get Â£2,500 and his or her app published to the Ovi Store, while the overall winner gets Â£20,000, expenses paid entry to a Nokia developer event in Spring 2010 plus sponsorship to become an Ovi Store publisher plus a one-year membership to Forum Nokia Launchpad. END_OF_DOCUMENT_TOKEN_TO_BE_REPLACED 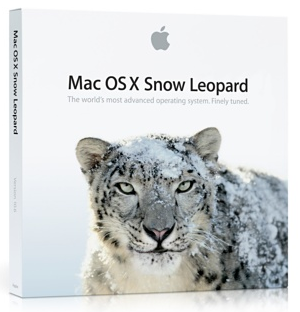 Finally, someone at Apple has officially conceded what we knew all along â€” that the Mac OS X Snow Leopard upgrade DVD can be used to upgrade any Intel-based Mac, though the company frowns at such a practice and points at the licensing agreement.

After some squirming and question avoidance, Alan Eyzaguire, director of software product marketing at Apple EMEA, told Charles Arthur at The Guardian that customers could buy the SL upgrade disc and use it directly, instead of buying the four-times-more-expensive “Mac Box Set” that’s meant for users of Tiger and earlier operating systems.

Alan repeatedly extolled the virtues of both iWork 09 and iLife 09, which come in the full-blown box set, as reasons why Mac users will play fair and buy that version. END_OF_DOCUMENT_TOKEN_TO_BE_REPLACED

Opera has always touted itself as the world’s fastest browser, so it comes as no surprise that Opera 10’s biggest new feature will be a Turbo mode for slow connections. Turbo mode works by connecting to Opera Software’s servers, which compress Web pages before sending them to the browser.

If nothing else, it’s a better use of Opera Software’s servers than that silly Unite feature. Expect Opera 10 to come out Tuesday.