Now that the digital age is here, many people think that the paper will no longer have much significance. At least for some sectors such as the credit card industry which now prefers to issue digital statements instead of the paper ones.

But for the publishing sector, it’s the other way around because print is making a comeback. Many magazines and newspapers may have their online versions these days while new publishers prefer to start with an online presence but the print publications remain very much alive around the world.

A 2013 study conducted by the Custom Content Council showed that brands still invest in print magazines. Reasons cited were the effectiveness of this type of media in customer education, retention and brand loyalty. Other studies also noted that readers of print magazines recall specific advertisements better than the digital ones. Still another study done by FGI Research found that consumers spend an average of $850 buying catalogs every year.

Major brands including publishers continue to recognize the value of print media as a way of reaching out to their loyal clients and customers. The focus has gone beyond increasing circulation as it is now more on keeping existing subscribers and instilling brand loyalty. Publishers are now more concerned about giving satisfaction to their subscribers no matter how small and then charge premium rates.

Retailers are also going back to traditional print making catalogs including pvc banners to promote their business. In fact, reports have it popular retailers such as IKEA and H&M have been releasing print catalogs and gaining profits.

Publishing experts agree that the print media is far from dying. The editor of Discovery Channel Magazine Luke Clark said that “print is like what vinyl is to music.” He refers to print magazines as nostalgic because they allow people to recall memories of the early part of their lives when paper was a very important material.

Other experts point out that print is always a major part of a marketing ecosystem. Even with a digital version, many companies still prefer to release a print version for the benefit of their loyal customers and clients.

Traditionally, print media has always been an important component of a company’s marketing plan. Newspapers and magazines play a vital role in promoting brands regardless of the organization’s size.

The early beginnings of printing dates back to the time before 220 A.D. It was in China where the ancient method of printing (woodblock) on textiles and later on paper began.

The printing press came later sometime in 1436 courtesy of Johannes Gutenberg and his partner Andreas Dritzehen. This method of movable type page setting was faster and more durable the reason why it spread rapidly across Europe and later around the world.

Eventually, more modern printing techniques came about that led to the flourishing of the publishing industry in many parts of the globe. And with the entry of electronic technology as well as cheap materials, printing became more competitive than ever. 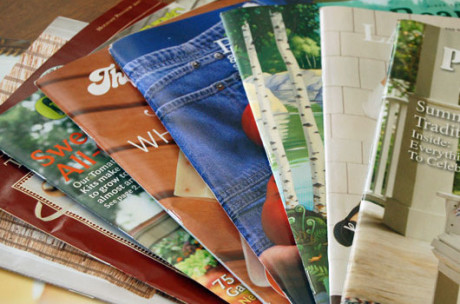