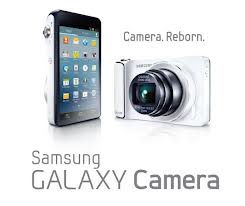 With mobile devices becoming more and more powerful with each new generation and iteration, one thing has also grown exponentially – the need for more storage space. One of the best solutions for storage space needs is cloud storage. Dropbox is arguably the most popular cloud storage service in the market right now and it will become more prominent with a new deal it has struck with Samsung.

Dropbox has announced that two of Samsung’s newest products – the Samsung Galaxy Note 2 and the Samsung Galaxy Camera – will both be able to sync their data with a free Dropbox account. This free account will have a whopping 50GB of free storage. The account will be completely free for a total of two years. After this period, the users will be asked to pay a monthly fee to continue having that amount of storage.

Samsung has not yet revealed whether all markets will be able to get the 50Gb Dropbox account. This was an issue that came out with the Galaxy S3 when a free 48Gb Dropbox account was not made available to both Verizon and AT&T users.