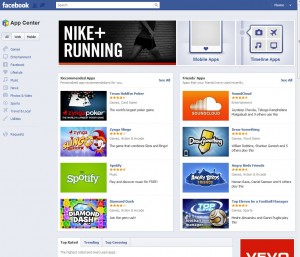 The new App Center has been designed to help push users to install more applications. The apps in the Center will also list down which of the user’s friends have installed it on their Facebook page or on their mobile device. END_OF_DOCUMENT_TOKEN_TO_BE_REPLACED