Whether the misunderstanding is on your part, or the part of your readers, there is a lot of confusion surrounding terms that are tossed about as if the accurate meanings were common knowledge. This generates a lot of unnecessary confusion. Therefore, when you write about something like the great encryption battle, the article may do more harm than good if your audience is confused about what encryption is. END_OF_DOCUMENT_TOKEN_TO_BE_REPLACED 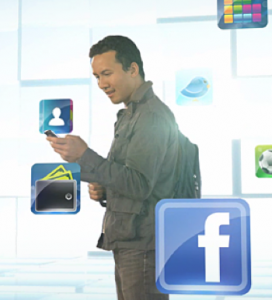 Microsoft has announced a new piece of software that’s designed to allow users of more basic mobile handsets to access web services and more advanced applications than their handset would ordinarily be capable of. This includes a range of GPRS-enabled phones.

The lightweight application (150K) is quick to install and, once on the phone, appears as a single piece of software that users access the rest of their apps from.

It includes cloud services that allow processing and storage online instead of on the phone, and claims to use the mobile network more efficiently, thus reducing data charges.

OneApp is based on industry standards such as JavaScript and XML, with an SDK expected by the end of the year.