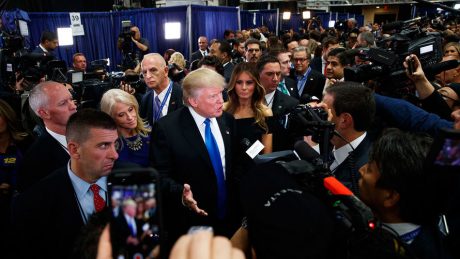 It is undeniable that the new U.S. president in the person of Donald Trump has become a hot media item. Since he declared his candidacy up to the campaign period, he has attracted international attention not only from the public but as well as from the various media outlets covering his story.

Unfortunately, Trump’s presidency has been tainted with numerous fake news resulting in a war against the press. Fake news is often associated with trolling and lies. Trolling originally refers to certain websites that publish made-up news stories while a lie is equivalent to deception wherein someone committed a wrongdoing. END_OF_DOCUMENT_TOKEN_TO_BE_REPLACED