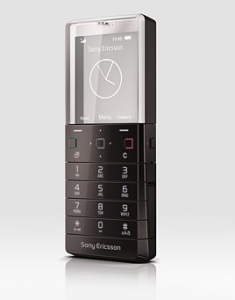 Frankly, I really don’t get it why the Xperia product series is always priced expensively. Sony Ericsson must be putting some valuable materials in the Xperia phones since they can’t seem to bring the prices of these mobile phones to Â sub-standard price level.

Take the case of the Sony Ericssson Xperia Pureness which is available at Saks.com and Sony VIP Shopping Service for a whopping $999. And what do you get for that price? According to Sony Ericsson, a pureness phone that “represents an alternative approach to life in the complex, digital age by refining the mobile phone to its most essential functions – talk, text, time.”

You see, the Xperia Pureness displays nothing on its front except the screen. Everything else is hidden including the keypads. This means that when you are not using the phone, it doesn’t really look like a mobile phone but a fashionable accessory. You can only see the keys when touched. Sounds a lot like another famous phone, right?

Now here’s the clincher which may actually convince you that its price is justified – the Xperia Pureness package comes with a concierge service available worldwide 24/7.

And why would Sony market an expensive phone with a concierge service? According to them:

The Xperia Pureness is not simply about a phone; it is about opening a debate about people’s relationship with technology in a complex world.