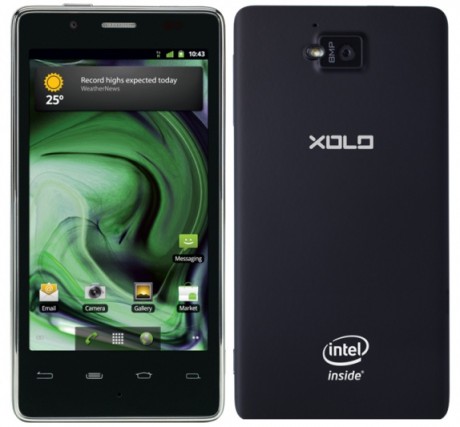 No, it wasn’t released in the US, Europe or Japan. That distinction belongs to the country of India. Lava International, a previously unknown manufacturer, has released a smartphone that uses Intel’s Medfield processor. The phone, the Xolo X900 is going to be sold only in India so there are very slim chances we’ll be able to get our hands on it – that is, unless you have contacts in India and the phone is unlocked.

Before the Xolo X900, smartphones that were powered by Medfield processors were only seen in its reference design forms at the recently held CES and Mobile World Congress events. The release of the Xolo X900 has made it the first smartphone to use Medfield and Lava International has basically jumped the gun on more established smartphone manufacturers like Lenovo, Motorola, ZTE and LG – companies that have already hinted at releasing Medfield-powere smartphones this year.