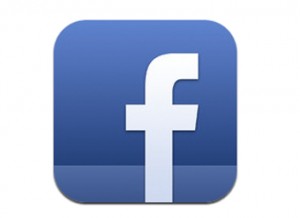 The Facebook app for iOS has been used begrudglingly by Facebook users for two reasons. It’s a completely free app (other apps that access Facebook are paid apps or ad-supported), and it’s the official app of Facebook. Unfortunately, the Facebook app is largely considered a broken app. It takes a long time for things to appear on the display – not just the photos but sometimes even the text. Scrolling through the news feed is also molasses slow.

Fortunately, Facebook has finally addressed the issue of the iOS Facebook app through a new update. The new update, which brings the app to version 5.0, largely solves most of the problems plaguing the app. The app has been completely rebuilt using Objective-C, from the previous HTML 5. The result is a significantly shorter load rate that is most noticeable when doing common Facebook tasks. There is still a slight delay when you do these tasks but it’s a hell of a lot better than what was experienced with the previous version of the Facebook app.

The general user interface of the Facebook app version 5.0 remains largely unchanged. But there is now a very prominent bar on the top part of the newsfeed. This bar has information on the number of new stories that you haven’t read yet. It’s a very helpful piece of info that you can now immediately see.

You’ll be delighted to discover that the photos now load quickly. There’s no more of that long wait for the photo to come into focus – a sign of a very slow load time. You can now access the comments, liks and other pertinent information on the bottom of the screen and the photo can be closed by simply pressing “Done” or swiping down on the image.