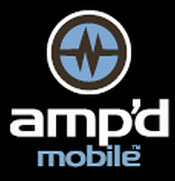 Amp’d Mobile, one of those cellular networks which runs on top of someone else’s celluar bandwidth to bring you services, is not feeling so amp’d at the moment. It was reported upon and confirmed by the Wall Street Journal late Friday the company had gone Chapter 11.

Amp’d, besides being interviewed by the WSJ [WSJ subscription required], put out a press release saying they had in fact sought bankruptcy protection. The mobile operator, which is noted for delivering Web-like multimedia content such as video and music to its handsets, said “as a result of our rapid growth, our back-end infrastructure was unable to keep up with customer demand. We are taking this step as a necessary and responsible action to sustain and strengthen our momentum in the market place.”

The company, according to the WSJ, only has around 200,000 subscribers and owes over $100 million to various collectors, with the largest being Verizon at around $33 million. Amp’d currently leases their airwaves from Verizon and expects to continue providing services even as it tries to reorganize.