MapQuest, in partnership with Telmap, announced that the newest version of its voice-guided, GPS-enabled wireless application, MapQuest Navigator 5.0, is now widely available to consumers through a new direct-to-consumer storefront on MapQuest.com. Customers, including the 50 million monthly MapQuest.com users1, who sign up for new version 5.0 between now and December 31, 2007 can download the application directly to their handset and purchase the service for the promotional price of $4.99 per month for the life of the subscription.

mig33, a global mobile Internet community, revealed that its growth has accelerated to more than 20,000 new sign ups a day and its total user base has now soared above to more than 8 million in 200 countries around the world.

This user base has created more than 165,000 chat rooms for conversations among friends around the block or across the globe. Users have uploaded more than 3 million unique scrapbook photos and 20,000 new images a day circulate through the network. Collectively, the user base sends more than 34 million messages every day.

mig33 works on most mobile phones, even basic models, regardless of carrier, and creates an instant global mobile community experience to share with existing and new friends. The technology was built for the mobile phone, making mig33 an integrated and easy way to access mobile instant communications around the globe.

LetsTalk has partnered with Mobicious to give customers a one-stop shop for all their mobile needs. With the partnership, customers can visit letstalk.mobicious.com to customize their cell phones with a vast selection of games, videos, ringtones, wallpapers, texting applications and more. The Mobicious integration allows LetsTalk customers to download, rate and share new applications and services and also create their own ringtones and wallpapers.

MTV Tr3s is the most-widely distributed TV network dedicated to super- serving today’s bicultural Latino youth. The ANTHEM platform will enable MTV Tr3s to launch the mobile social network and offer an incredibly functional and simple user interface for users to easily view photos, send and receive messages, post comments, search profiles and more, all while on the go. MTV Tr3s plans to extend its community functionality to the web in the near future. 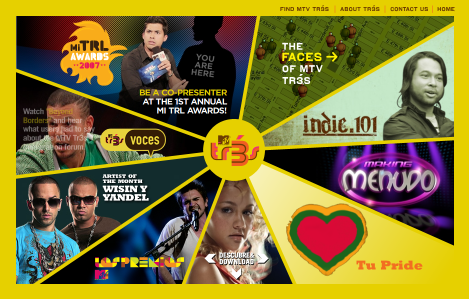 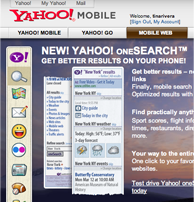 Yahoo! Inc. announced the availability of Yahoo! oneSearch beta for Argentina, Brazil and Mexico. Beginning today, consumers in Latin America are able to access the industryâ€™s leading mobile search experience with localized content presented in Spanish and Portuguese. This announcement continues Yahoo!â€™s momentum by further increasing the global reach of oneSearch and reinforcing the companyâ€™s strong leadership in the mobile industry, and comes on the heels of a partnership with Telefonica announced in October.

Yahoo! oneSearch is an innovative search service explicitly designed to serve the needs of mobile users by delivering results directly in the first screen and thereby removing the need for consumers to navigate through a sea of links to PC Web sites to find the information they want. OneSearch improves consumersâ€™ search experience on mobile devices by integrating content from a variety of sources across the open Web, providing consumers with access to localized news, financial information, weather conditions, Flickr photos, Yahoo! Answers, web images, as well as web and mobile web sites.