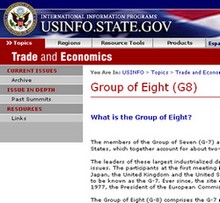 The powerful Group of Eight (G8) shows growing concern over Internet pornography, citing that government authorities alone will not win this crucial battle.

In this regard, G8 is currently coordinating with Interpol for some time now to maximize the capabilities of its International Child Sexual Exploitation Image Database. So far, it contains more than half million images of sexually exploited children and has saved more than 500 children from sexual abuse worldwide.

“Private sector entities including Internet Service Providers, information technology professionals and financial institutions … the media, parents and educators, should be encouraged to consider what role they could play in the fight,” said a statement from G8 interior and justice ministers.