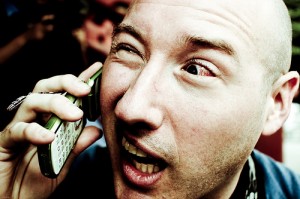 ComScore has also released figures for the total market share enjoyed by phone manufacturers – this includes sales of all types of phones in the US. Based on these figures, it is Samsung that is the top manufacturer with a 25.6 percent share of the total market. LG suddenly makes an appearance as the second top manufacturer with 20.5 percent. Third is Motorola with 13.7 percent. Apple takes the fourth spot with 11.2 percent and RIM is at last place with 6.5 percent. These numbers have basically remained unchanged from August 2011 although Samsung’s market share rose by 0.3 percent and Apple’s share increased by 1.4 percent.

In terms of market share based on platform, it’s not a big surprise that Android dominates with 46.9 percent, with Apple bringing in second with 28.7 percent. RIM may occupy third place with 16.6 percent but its market share actually dropped by 3 percent over the study period. This is an indicator that RIM is slowly losing ground.