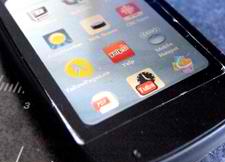 HPâ€™s decision to turn WebOS to the public was a bit of a shock. Most people were speculating that the company will just sell it to recoup some of its investment. Others thought that HP will just totally mothball the OS. HPâ€™s decision leaves many to conclude that it still believes in WebOS and that it will benefit from open source development. END_OF_DOCUMENT_TOKEN_TO_BE_REPLACED