According to Apple CEO Tim Cook, “demand for iPhone 5 has been incredible and we are working hard to get an iPhone 5 into the hands of every customer who wants one as quickly as possible.” Cook added that the initial supply of units have sold out but Apple is hard at work replenishing stocks in stores while also continuing to accept online orders. END_OF_DOCUMENT_TOKEN_TO_BE_REPLACED 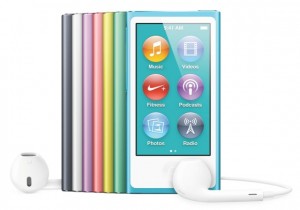 What I got excited about, on the other hand, are the newly redesigned iPod Touch and iPod Nano. END_OF_DOCUMENT_TOKEN_TO_BE_REPLACED

Today, Apple officially unveiled the iPhone 5 at a press conference held at the Yerba Buena Center for The Arts in San Francisco.

The new phone was well received by the audience even though there was really nothing surprising about the phone at this point. The iPhone 5 has been the subject of many rumors and speculations and a lot of the rumors turned out to be true so the official unveiling was a little anti-climactic. END_OF_DOCUMENT_TOKEN_TO_BE_REPLACED 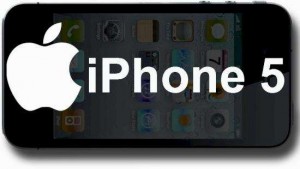 You know anticipation for the iPhone 5 is reaching a fever pitch when people are beginning to dump their old iPhones.

This is the trend Gazelle, a trade-in service, has been noticing over the last few days. It has noticed a dramatic increase in the number of iPhone users trading in their phones. The main reason is universal â€“ they are anticipating the announcement for the iPhone 5 during the first week of October.

This kind of behavior is really indicative of the level of anticipation Apple and iPhone lovers are experiencing over the rumored iPhone 5. Gazelle reported that it has experienced an 84 percent rise in trade-ins for various models of the iPhone, compared to the trade-in levels for the product about two weeks ago. The rise in trade-ins is made the more significant by the fact that there is still no solid indications on whether Apple will release information about the iPhone 5 for October, which is generally believed as the month Apple will unveil new products in its lineup. END_OF_DOCUMENT_TOKEN_TO_BE_REPLACED