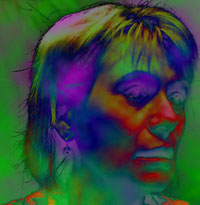 Oh yeah, Carol. Two birds in Ballmer’s very fickle hand are better than one in your hand. Very clever indeed.

Despite all criticism, she stubbornly comforts herself with the support of teh fickle Intarwebz.

“When you get outside New York and Silicon Valley, everyone loves Yahoo.”

Yeah, that’s what MySpace said — before Facebook clobbered them. History shows that wherever Silicon Valley goes, the rest of the world inevitably follows. It’s only a matter of time and adoption curves.

Sure, Jerry Yang was indecisive — but he was neither as self-delusional nor as self-congratulatory as Carol. You have to wonder whether Carol actually buys her own crap about Yahoo, or if she really doesn’t give a crap about Yahoo.