Whether the misunderstanding is on your part, or the part of your readers, there is a lot of confusion surrounding terms that are tossed about as if the accurate meanings were common knowledge. This generates a lot of unnecessary confusion. Therefore, when you write about something like the great encryption battle, the article may do more harm than good if your audience is confused about what encryption is.

Every specialty has its own technical jargon. Part of writing better medical blogs is the conservative use of jargon. Use jargon as little as you can so that your writing is accessible to the largest possible audience. And when you do have to use industry-specific terms, make sure they are well understood. Here are four examples of tech terms that are frequently abused:

In broad strokes, virtualization is used to describe any system that is not hardware-based, but serves the function of a hardware system. VMWare is a leading provider of this type of software. You can have the equivalent of several machines running on a single piece of hardware.

Many companies make it their business to provide security for those environments. Trend Micro’s virtualization security is especially important to enterprise level businesses that rely on data and software on-premises, in the cloud, and virtualized. They need security solutions across all those environments. Virtualization security has nothing to do with 3D gaming, or anything that requires special glasses. Be sure to clarify that term when you use it in your writing.

There is often news about Apple building a new data center in this place or that. People sometimes make the mistake of thinking that if data doesn’t live on their system, then it is just a non-physical construct that floats in the ether. That is not true.

Your iCloud information may not take up much space on your device. But it is occupying a lot of space on some computer belonging to Apple. That computer is not only home to your information, but the information belonging to millions of other people worldwide. It is also not just one computer, but thousands upon thousands.

One massive building housing those thousands upon thousands of computers and drives is what is referred to as a data center. Of course, a company like Apple or Google needs many such locations. It is important not to mistake a data center for something like a server room or a RAID array.

A private cloud is a data center dynamically provisioned with your data, and is only accessible by you. Contrary to what you might think, a public cloud is not open to the public. It is like a private cloud in that it securely holds your data. But it is administered by a third party. And the systems are shared by a number of entities, thus minimizing cost.

A bug is more of an error in the code that causes the software to behave in an unexpected way. A virus is an intentional infection inserted by a bad actor to do harm and can spread throughout the system, and to other systems.

Malware and spyware are not quite the same thing, and are slightly different from adware. The point is that these are not interchangeable words that all mean the same thing.

If you are going to write like a tech pro, understand the jargon of a tech pro and then present it so the average reader understands what you are saying. 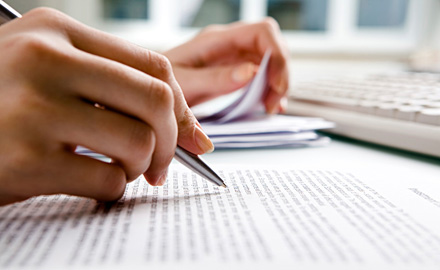