Marijuana may be known to be an illicit substance but it has been proven to have health and commercial benefits. Commercial-wise, it has been used as an ingredient in making various products such as paper, rope, canvas, textiles, lubricating oil and shoe materials. In fact, making paper out of hemp is considered to more eco-friendly as it uses fewer toxic chemicals which means less pollution.

Health-wise, marijuana has many medicinal uses. For one, it is reported to be more effective, less costly and less toxic compared to the alternative synthetic medicines available on the market. People suffering from rheumatism, arthritis, leukemia, glaucoma, multiple sclerosis, cancer and AIDS among other ailments can benefit from hemp and more than half of doctors in the U.S. would prescribe it if only it were readily available.

“Today, there’s a wealth of information available online concerning everything about cannabis,” said lawyer Samantha Greene, a San Diego drug attorney. “Whether you’re using your PC or mobile devices, many of these sites can easily be accessed. Many have been created to educate people and push the advocacy,” she added.

Here are some of the best online resources you can turn to for any information on cannabis.

The NORML site has began a movement that advocates the legalization of cannabis for medical, wellness and recreational purposes. As the largest site supporting cannabis reform laws, the site shares the latest information on everything about hemp through its well written and encouraging articles. It also entices people to join, donate, act or shop on the site.

High Times Magazine is considered an authority when it concerns cannabis-related news and information. Internet users visit the site daily to get tips and join in conversations taking place in the community.

Apart from being an online magazine, the site also aims to provide a better understanding of the benefits of medical cannabis.

The Americans for Safe Success is a foundation supporting the safe and legal access of cannabis for research and therapeutic purposes. The site features news and events with calls to action to take part in raising awareness for safe access.

The Weed Blog was founded in 2010 with the aim of providing useful information on medical cannabis. Primarily, it was created to set a constructive debate about legalizing medical cannabis in the U.S.

The Cannabis Culture is a leading online magazine that provides information, news, opinions and features on medical cannabis. Apart from information dissemination, though, it aims to let the voices of people worldwide be heard. The people behind the blog are also advocating to free prisoners charged with cannabis use and to end the global war on drugs. 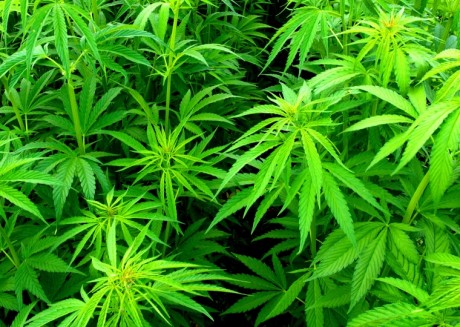