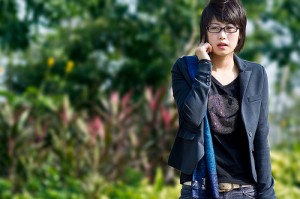 American computer manufacturer Dell is making additional inroads to the Chinese market by partnering with Baidu, one of Chinaâ€™s biggest companies. The agreement is for the manufacturing of smartphones and tablets that will use Baiduâ€™s own Android-based operating system, Yi. END_OF_DOCUMENT_TOKEN_TO_BE_REPLACED

I encourage you to take a look at your choices and decide which plan makes the most sense for you and your members. Youâ€™ll have until August 20th to purchase a plan, which should give you ample time to make a decision. (Official Ning Blog) END_OF_DOCUMENT_TOKEN_TO_BE_REPLACED

Nintendo and Netflix are treating Wii users all over the world with free streaming of TV and Movies on TV sets via Netflix services. The new TV and movie streaming services are provided free of charge to Wii users with existing Netflix plans starting at $8.99 monthly.

With a Nintendo Wii connected to a broadband service, a Netflix subscription you can practically turn your Nintendo Wii into a multimedia device. We’re talking here of unlimited movies and TV shows delivered courtesy of Netflix. Â You can also opt to receive DVDs delivered straight to your door step.

Certainly this new service will boosts Netflix’s clout in the home entertainment scene. The Nintendo Wii remains to be the most popular gaming consoles, thanks to its motion controls which users find useful for both exercising and gaming controls.

As for Nintendo Wii, this new service extends its purposes and functions from a mere gaming machine to a portable multimedia entertainment device. It’s definitely a win-win for both parties.

To have streaming TV shows and movies from Netflix on your Nintendo Wii, you simply need to request for a free instant streaming disc from www.netflix.com/wii. Once you have your CD, you can pop it inside your Nintendo Wii and you will presented with a catalog of movies and TV shows that you can freely watch. 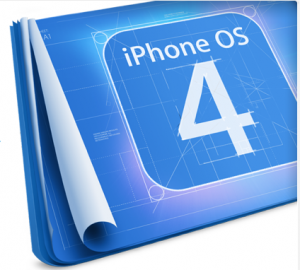 After only a week of rocking the tech community with the release of the iPad and the opening of the iPad App Store, here comes Apple again with a huge announcement – iPhone OS 4.0! This is a much awaited update and a much needed one for the iPhone OS especially with the threat coming from Google Android which happens to be a far better and more powerful mobile phone OS.

So, let’s get straight to the point and see what iPhone OS 4.0 is bringing in to the table.

Multitasking – Apple is finally responding for the call of many iPhone users. If the Google Android OS can do it, why can’t the iPhone? The iPhone OS 4.0 will give developers access to seven multitasking services that will allow tasks to be performed in the background while at the same time preserving battery juice. Multitasking is multitasking, you know what it means, right?

Folders – Again, another great feature. Something that will put the iPhone ahead of the smartphone rat pack anew. This new feature will let you organize apps into folders with drag-and-drop simplicity. It will also let you get faster access to your favorites as well as browse and manage up to 2160 apps at once – that’s a far cry from the current limit of 180 apps. This is huge!

Unified Mail – This feature will let you see messages from all your email accounts displayed in a unified inbox. It will let you switch between inboxes more quickly, organize messages by threads, and even open attachments in third-party apps. This will make the iPhone a great productivity tool once more.

Other noteworthy features coming with iPhone OS 4.0 – iBooks, iAds and Enterprise support for iPhone, something like the BlackBerry Enterprise Server perhaps?

iPhone Os 4.0 will be compatible with iPhone 3G, 3GS and 2nd and 3rd Gen iPod Touch. But some features will vary across these devices. The update will be available this coming summer.

Yes, this is how Apple rocks our world. And ain’t we all loving it?

December 1 is World Aids Day. And to commemorate this event Google is higlighting a nice short video featuring cases of AIDS victims who are on their way to recovery, thanks to the valiant efforts of the global movement to stop the spread of HIV/AIDS. This movement coupled with a scientific breakthrough which made HIV/AIDS a preventable and curable disease. END_OF_DOCUMENT_TOKEN_TO_BE_REPLACED