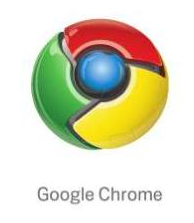 The Android operating system ships with a built-in browser. For an app that comes bundled with the OS, it actually works quite well. Giving relatively zippy performance and sometimes even working better than other â€œnameâ€ browsers that enter the Android environment. But with Android now firmly planting its feet on the tablet segment of the market, the built-in browser is not keeping up, with a number of glitches being experienced by users. Itâ€™s been a big question why Google doesnâ€™t port a version of its own Google Chrome browser into Android, which it also developed.

But finally, Google is doing something about it. Reports are coming in that Google will be introducing the first build of its Chrome browser for the Android operating system this month â€“ possibly alongside the release of the newest Android version, Ice Cream Sandwich. END_OF_DOCUMENT_TOKEN_TO_BE_REPLACED

Lusting for the speed of Chrome, but enjoying the convenience of Firefox’s central plugin repository? Soon you won’t have to choose. Developer builds of Google’s browser currently feature support for extensions, but those extensions live in unofficial repositories like ChromeExtensions.org and ChromePlugins.org. Now Google has opened its official Chrome extensions gallery to uploads from developers. END_OF_DOCUMENT_TOKEN_TO_BE_REPLACED

Google’s recent demo of Chrome OS answered several important questions about how a browser-only OS would operate. One of those questions is how it would handle removable storage. As you can see when the demo unit is attached to a digital camera, using a Web browser as a file browser works pretty well. That should come as no surprise, since Windows has integrated Internet Explorer with its own file manager for the last twelve years.

While it’s fun to see a Microsoft Web app opening a file in Chrome OS, it’s rather telling that the demo game is Flash chess. This demo apparently came a bit too early for the launch of hardcore cloud gaming service OnLive. Let’s hope Web apps and games mature into far more impressive fodder for Chrome OS once it’s released next year.

Google Chrome OS is designed to run nothing but Web apps, so a lot of OS UI concepts will have to be remapped. Your applications become browser tabs, your browser windows become multiple desktops, and your widgets become overlay panels.

Yes, it feels a little weird. With cloud computing services getting more and more robust, we may have to get used to these browser-based UI concepts by the time Chrome OS becomes available next year.

Google gets extreme in its push to get users to the cloud with Google Chrome OS. It’s essentially a browser running on a very slim Linux build — so slim, in fact, that you can’t run any native apps on it. Instead, Google is counting on the HTML 5’s enhanced ability to access client machine resources. END_OF_DOCUMENT_TOKEN_TO_BE_REPLACED