Despite being saved by HP (who bought Palm for $1.2 billion), it looks as if Apple’s other nemesis is removing every barrier in order to attract developers upon their (dying) platform.

Palm is also trying to increase interest in their applications by offering a 50% discount on the majority of their catalog, starting immediately. The good news for developers is that they will still be paid the full amount, despite the discount given to customers by Palm. (CrunchGear)

According to CrunchGear, Palm is also waving the $50 application fee which was already half of what Apple is currently charging developers to create apps for iOS 4. END_OF_DOCUMENT_TOKEN_TO_BE_REPLACED 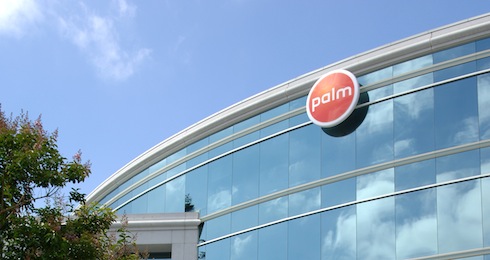 That was fast and swift. All of a sudden, Palm which was previously rumored to be selling out has just been bought. Â Guess who was the “lucky,” big time technology company who bought Palm? – yes the company named HP. The price? – $1.5 billion. Are we happy now?

Todd Bradley, a top HP executive said that Palm will provide HP with the innovative OS that will be ideal to HP’s mobile strategy.

Jon Rubinstein, Palm chairman and CEO for his part said he is looking forward to working with HP to continue delivering the best mobile experiences to Palm customers as well as business partners.

â€œWeâ€™re thrilled by HPâ€™s vote of confidence in Palmâ€™s technological leadership, which delivered Palm webOS and iconic products such as the Palm Pre. HPâ€™s longstanding culture of innovation, scale and global operating resources make it the perfect partner to rapidly accelerate the growth of webOS,â€ said Jon Rubinstein.

Mr. Rubenstein is to remain with the company when the merger takes place. And also under the TOR of the merger, all Palm stockholders will get $5.70 for each share of Palm common stock. The merger is set to take effect on July 31, 2010 – the closing of HP’s Q3 fiscal quarter.

Now, where would this bring Palm’s WebOS? Hopefully, into a greater good. Palm badly needs to shape up and gear up for a more competitive smartphone market. Can HP bring back Palm’s glory days in the smartphone market? That we are about to see. 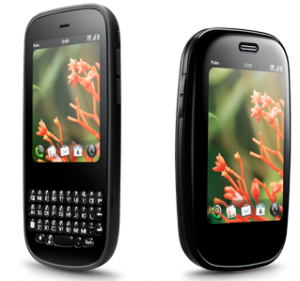 Bloomberg opens up this week’s tech news with a shocking revelation – Palm is putting itself up for sale. Yes, you read it right, it seems that after putting out two new smartphones, Â Palm all of a sudden wanted to bail out of the smartphone battle as it’s now opening itself for possible buyers.

According to the report Â Palm is seeking bids as early as this week as it works with Goldman Sachs Group Inc. and Frank Quattrone’s Qatalys Partners in finding a buyer.

And guess which company are keen on acquiring Palm – HTC, Lenovo Group, and even Dell. Unfortunately none of these companies have given any comment whether any of them are indeed buying Palm.

But whoever gets to acquire Palm at the right price, that company would have to face tough times ahead as Palm’s WebOS platform is currently having a hard time competing against the likes of Apple, RIM and Google in the smartphone battlefield.

Interestingly, one of Palm’s partner company, Elevation Partners LP which owns 30% of Palm:

“a sale may end the volatility of an investment in a stock that surged more than 10-fold since December 2008 before erasing most of the gain,” the Bloomberg report said.

Palm’s stock took a deep plunge of more than 60% this year, thanks to the not-so-good performance of its two latest smartphones – Palm Pre and Palm Pixi Plus smartphones.

So, what do you think? Who shall acquire Palm and makes full use of its technology ? Is it Dell, Lenovo, HTC or perhaps even Google?

True to the rumors that have been going around the web the past few days, Palm just announced the availability of their WebOS 1.4 for Palm Pre and Pixi devices. The updated OS will be pushed to current Palm handset owners via over-the-air update. It will be available for Sprint customers in the U.S., O2 UK, O2 DE, O2 Ireland and Movistar in Europe. While those under other network carriers will have to wait a little longer before getting the OS update.

Key features of the new WebOS 1.4 include:

Other features of the new WebOS 1.4 include improved battery life, faster loading and more responsive apps, accessibility of Microsoft Exchange Server through universal search, more shortcuts for doing various options such as messaging or making a call. You can also now turn text chat into a phone call in one touch.

More details about the WebOS 1.4 here.