With the launch of DTXTR hardware and phone manufacturer LG comes to the aid of many people, especially ‘old’ people like me.
Ever wanted to smack your kids for that txtmsg they just send you, or better even your 70years old mother who just discovered she can be cool as well and send you a message in txtspk?

You now can stop being annoyed and finally understand what they really were trying to tell you, thanks to DTXTR. DTXTR allows you to translate the ‘teen speak’ message in to regular English. 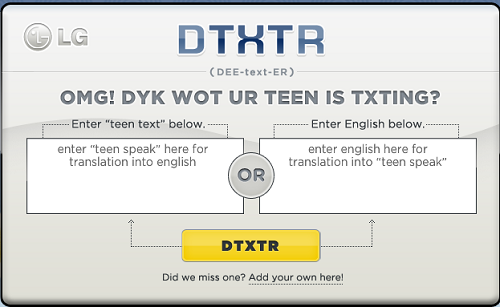 On the day that Skype announced a new version, completely with screen sharing cross platform-wide (although the new version was only released for Windows), the Big G went one step further and announced Google Wave.
Jens and Lars Rasmussen, creators of Google Maps, discovered that in our modern era online communication the A and O is but still leaves lots to be desired, so they started a new project based on actual restrictions:

After two years of development, Google Wave was born. 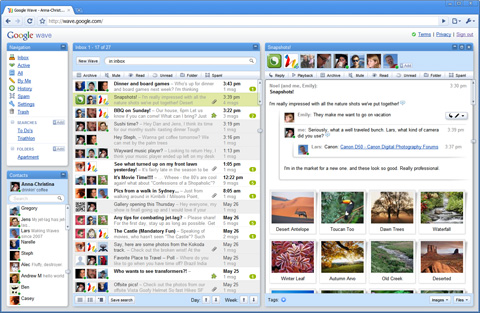 What is Google Wave? Let’s not beat around the bush but face things as they _really_ are: Google Wave is the next big thing. It will cook your potatoes, boil your eggs, chop your trees and slice tomatoes for you. Google Wave will become the Rolls Royce of the internet. The whole world wide web and some more agree.

What is Google Wave exactly? END_OF_DOCUMENT_TOKEN_TO_BE_REPLACED