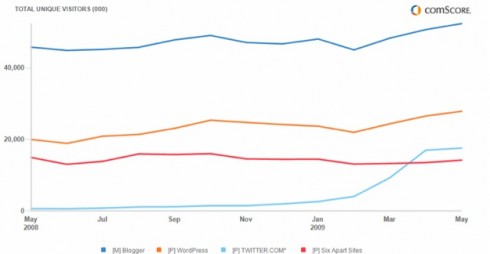 In a statement released today on the Last.fm blog 3 of the founders of the London (UK) based music discovery and recommendation service are leaving the CBSi Music company. According to the blog entry this is the latest (last?) step in handing over the reins to CBSi Media, who acquired Last.fm in Spring 2007 for $280million.

After two years running Last.fm within CBS we feel the time is right to begin the process of handing over the reins. This is the latest stage in a long journey for us founders, which began in a living room in East London in 2002, and took us to the headquarters of one of the biggest media companies in the world.

Some days ago I announced the upcoming PayPerFacebookStatusUpdate rather tongue in cheek. Now it seems that this area already covered is for Facebook Page administrators. If you have a rather popular Facebook page with thousands of fans and want to earn a quick buck from the effort you put in to maintaining your page, StatusPlug is an advertising network offering exactly this.

Advertisers can share media files or just links. Publishers have the freedom to refuse campaigns they do not wish to promote. Right now the statusplug directory does not offer many opportunities yet, but several rather large pages such as Laughing when someone falls (almost 2million fans) and Chocolate chip cookies (more than 1million fans) are present already.
Prices start at $50 and go up to $800 right now (Laughing when someone falls).

It will be interesting to see if this service grows or if other players will join this space, accelerate their efforts to own the Facebook Status Updates advertising market.
@TedMurphy, yes we are looking at you.

Over at The Blog Herald Thord D. Hedengren reported another way of selling advertisements on Facebooks: via ebay.

Vincenzo Cosenza released a World Map of Social Networks, detailing the dominance of social networks worldwide. Based on data available via Alexa and Google trends the map displays which social network is most present where in the world. 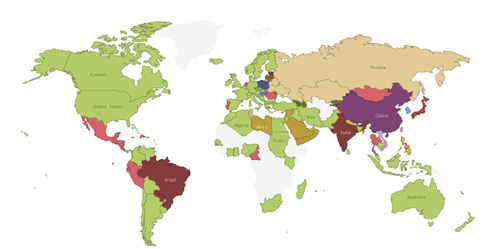 Some interesting things can be learned from the analysis. END_OF_DOCUMENT_TOKEN_TO_BE_REPLACED

901am Is part of the blog network Splashpress Media. Splashpress Media maintains more than 100 blogs and also offers several internet and blogging related services. We will weekly feature some of the best content across the network.

On Monday Jayvee Fernandez was announced as new editor for all blogs maintained by Splashpress Media. Jayvee is an experienced editor and has previously maintained the b5media Inc. technology channel.
Read the announcement here.

WordPress and WordPressMU will merge: good or bad

Blog Herald editor, and designer of many Splashpress Media blogs, Thord Daniel Hedengren shares his opinion on the announced merger of WordPress with WordPressMU.
Read at The Blog Herald.

Andy Merret on the important role of self-hosted content and domain names.
Read the entry at Performancing.

The next revolution will come in waves. Google Waves

901am Was not the only Splashpress Media blog reporting the much hyped Google Wave preview. Sophia Lucero also reviewed the announcement at Wisdump.
Read Sophia’s take here.

Yahoo! 360 Closing Shop. How Confident Are You With Your Blogging Service Provider?

After the announcement that Yahoo! 360 will be closed J. Angelo Racoma wonders how safe it is to keep all your content on a hosted service such as Blogger or WordPress.com.
Read the entry at Performancing.

Is Norton cool enough to have its own comic

Andy announced the news that Norton, from Norton Security ‘fame’, an own comic launched. Are they cool enough for this?
Read the entry at Forever Geek.