When was the last time you called someone from a phone booth? If it takes you more than five seconds to remember it’s been THAT LONG. Payphones and phone booths are holdovers from a time when mobile phones were not yet widely available (yes, there was such a time, kids). But despite phone booths and payphones being practically obsolete, you still find them in many places all over cities around the world. END_OF_DOCUMENT_TOKEN_TO_BE_REPLACED 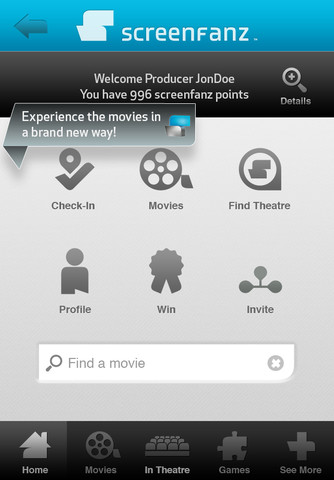 It was only a matter of time before movie watching in the theaters will be invaded by mobile apps. Screen Vision, a cinema advertising firm, is implementing a plan to integrate mobile devices when people go inside theaters. The plan is to enhance the pre-show experience before the movie is shown.

About 2,400 theaters across the United States are involved in this project. Screenvision developed an app for the iOS called Screenfanz. The objective is to bring a game show experience for people who arrive early in the theater. END_OF_DOCUMENT_TOKEN_TO_BE_REPLACED

QR codes have been around for more than a decade, but it is only now that they are gaining popularity in the United States. And now, more than ever, marketers are looking at the extensive possibilities that QR codes offer.

QR stands for Quick Response, and a QR code is another version of barcodes, so to speak. It is composed of black and white squares, and it serves as a repository of data in large amounts. Youâ€™ve probably seen QR codes – think of them as barcodes on something, steroids maybe. They are just a little larger and look slightly different from barcodes.

Much like you need a barcode reader to decode the data contained in a barcode, you need a QR scanning application to your smartphone, or any other similar device with a camera. You then need to scan the QR code, and it is up to the application to give you the data that the code contains. END_OF_DOCUMENT_TOKEN_TO_BE_REPLACED

If the big honking banner ads on your favorite sites suddenly get less annoying over the coming months, here’s why: Google is buying display advertising startup Teracent.

How is this different from Google’s purchase of display advertising stalwart DoubleClick? As is usually the case, Google buys companies for their technology more than anything else. Whereas DoubleClick provides the best display ad marketplace on the planet, Teracent provides new ways to target display advertising. END_OF_DOCUMENT_TOKEN_TO_BE_REPLACED

I knew the brilliance of the I’m a PC and Laptop Hunters ads couldn’t last. Reverting back to their usual retarded marketing style, Microsoft is now telling people to throw house parties in celebration of the Windows 7 launch — complete with horrible actors in a ridiculously awkward promo video.

Fortunately, by bleeping out the right words, you can turn the promo video from awkward to hilarious. The party suddenly sounds a lot more interesting.