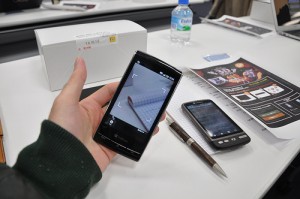 To say that Appleâ€™s iPad has been dominating the tablet market is a gross understatement. It is practically bulldozing its way through its competition that most competitors are already saying â€œuncleâ€ even before their respective products get a chance to stay long in store shelves.

A great example of this domination is what happened to Hewlett-Packard. The well-known tech company waved the flag when its HP TouchPad tablet sold dismally in the market. RIMâ€™s own Playbook tablet is also exhibiting anemic sales and Samsung â€“ arguably Appleâ€™s biggest tablet competitor â€“ has reported very weak sales for its 7-inch Galaxy Tab. Now you can add Sharp to the list of also-rans. The Japanese company has announced that it is going to discontinue two of the three Galapagos tablets it has released to the market less than twelve months ago. END_OF_DOCUMENT_TOKEN_TO_BE_REPLACED

Today at WWDC, Apple unveiled slew of new products and features ranging from iCloud to Twitter integration (which explains why Twitter was eager to partner with Photobucket for image hosting).

While Apple did reveal that it boasted over 425,000 iOS apps, the mobile giant also disclosed how many of those were designed to work with the iPad. END_OF_DOCUMENT_TOKEN_TO_BE_REPLACED

You would think that the combined minds of Motorola, Google, Samsung, RIM and HP would be able to release a tablet that would put the iPad 2 to shame.

On the contrary it looks like Steve Jobs “magical” device has already claimed their first victim, as Motorola’s Xoom has predictably failed in the market, with only 100,000 units sold to consumers since the tablet made its debut. END_OF_DOCUMENT_TOKEN_TO_BE_REPLACED 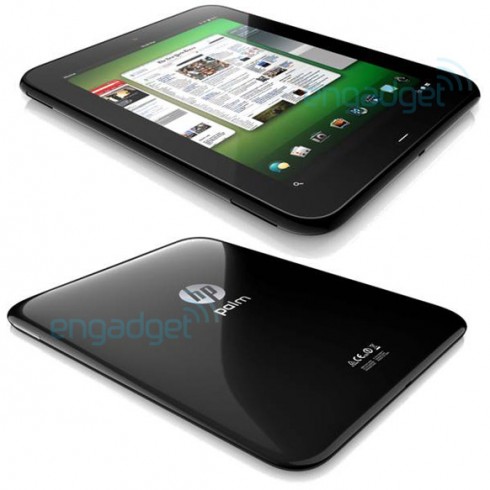 When it comes to the long awaited iPad killer, there apparently have been a long list of candidates to have emerged over the years ranging from the Blackberry Playbook to Google’s rumored Chromepad to even various Android tablets.

While the latter does have the potential to match iOS, most of the Android tablets (like Samsung’s Galaxy Tab) sport a much smaller size than the iPad, despite being priced about the same as Steve Jobs magical device.

Unless a competitor can match the iPad’s size and price, Apple will continue to dominate the tablet arena leaving everyone else to fight for second place.

While I have yet to see a real challenger emerge, HP could be the company to make Apple nervous regarding their latest tablet revelation. END_OF_DOCUMENT_TOKEN_TO_BE_REPLACED

Despite Apple rocking the mobile universe with the iPhone and iPad (both which are now on Verizon), both the iPhone and the iPad have always had one distinct feature: the physical button near the bottom.

However the upcoming iPhone and iPad (iPad 2.0 and iPhone 5) will reportedly drop the physical home button in order to bring a near complete touchscreen experience.

We just got some pretty wild information from one of our Apple sources and while itâ€™s hard to believe at first, it does make sense. We have exclusively been told that the reason Apple justÂ added multitouch gestures for the iPad in the latest iOS 4.3 beta is because the iPad will be losing the home button. Yes, we are told that Apple, at some point in time, will remove the home button from the iPadâ€™s design. Instead of button taps, you will use new multitouch gestures to navigate to the home screen and also to launch the app switcher.

Thatâ€™s not all, however. In addition to the home button disappearing from the iPad, weâ€™re told that this change will make its way over to the iPhone as well. (via BGR)

Despite being a huge fan of touch screens in general (in fact I’m still waiting for Apple to develop a Macbook Air with a touch screen keyboard), ditching the physical home button could convince users switching from other devices (like the Blackberry) that the iPhone is not the device for them.

If the iPhone ever freezes or becomes unresponsive to touch, users (especially new comers) will end up panicking and may conclude that the device is not for them.

While the physical home button is as useless as Google’s “I’m feeling lucky” button, it does however reassure users that if all else fails they can hit the home button (along with the switch near the top) and do a hard reset.

Although I would still buy the iPhone 5 and iPad 2.0 button free, I’m sure that many of my friends will end up choosing Android as they have yet to place their entire faith in touch screens like yours truly.