Who knew media reception about Windows RT is going to give a major electronics manufacturer the jitters?

Acer has announced that it will be delaying the release of new Acer tablets that run under Windows RT, from the earlier posted announcement of the first few months of 2013 to the new date of between April to June 2013. The company has cited the mixed reactions Mcirosoft Surface received from various media entities when it was officially launched a week ago. END_OF_DOCUMENT_TOKEN_TO_BE_REPLACED 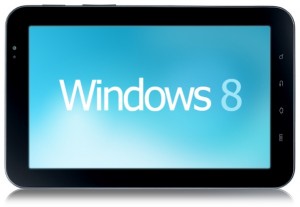 Two big manufacturers that are planning to launch products that will coincide with the Windows 8 release are Acer and Lenovo. There are talks that these two manufacturers are preparing to release Windows 8 enabled tablets powered by Intel processors by the third quarter of this year. END_OF_DOCUMENT_TOKEN_TO_BE_REPLACED