Alright, let me just set aside my Apple fanboy persona and let’s an take an objective look at what Steve Ballmer just presented during his keynote speech at CES 2010. True to the rumors that has been going on the past few days, Microsoft and HP has collaborated on a Tablet PC. It’s a Microsoft tablet PC that is called the HP Slate. Now, that’s confusing, isn’t it?

Anyway, as soon as Mr. Ballmer showed the HP Slate, some resourceful geeks just spotted the official video demo and an official photo of the Tablet PC branded as HP.

Ok, for the purpose of this report, let’s call it the HP Slate. What does it brings to the “not-yet-so-carved” new generation tablet PC niche? What else but Windows 7, to make its screen fully touch-enabled.

Mr. Ballmer describes the Windows 7-powered HP Slate as “Â more powerful than a phone and almost as powerful as a PC. Perfect for reading, surfing the web and taking entertainment on the go.”

In other words, Microsoft and HP are hitting several birds with one stone, or slate for this matter – the rumored Apple and Google tablets, e-book readers and perhaps netbooks as well.

The HP Slate is a multi-functional device. It’s a Â netbook minus the bezel.

So, are you excited? I am. Not because I’m buying this HP Slate but because I’m pretty excited on what lies ahead. Â Just imagine – Apple Tablet vs. Microsoft HP Slate vs. Google Tablet/Slate? Ain’t that exciting enough? 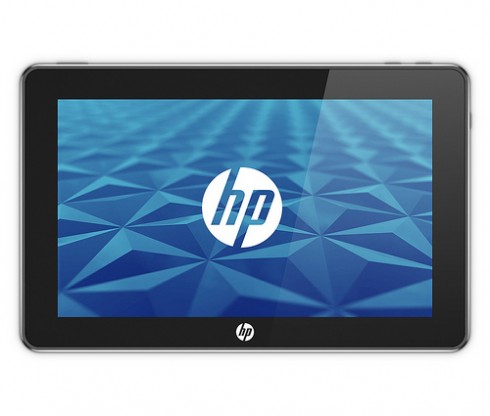 via The Next Bench