Nintendo and Netflix are treating Wii users all over the world with free streaming of TV and Movies on TV sets via Netflix services. The new TV and movie streaming services are provided free of charge to Wii users with existing Netflix plans starting at $8.99 monthly.

With a Nintendo Wii connected to a broadband service, a Netflix subscription you can practically turn your Nintendo Wii into a multimedia device. We’re talking here of unlimited movies and TV shows delivered courtesy of Netflix. Â You can also opt to receive DVDs delivered straight to your door step.

Certainly this new service will boosts Netflix’s clout in the home entertainment scene. The Nintendo Wii remains to be the most popular gaming consoles, thanks to its motion controls which users find useful for both exercising and gaming controls.

As for Nintendo Wii, this new service extends its purposes and functions from a mere gaming machine to a portable multimedia entertainment device. It’s definitely a win-win for both parties.

To have streaming TV shows and movies from Netflix on your Nintendo Wii, you simply need to request for a free instant streaming disc from www.netflix.com/wii. Once you have your CD, you can pop it inside your Nintendo Wii and you will presented with a catalog of movies and TV shows that you can freely watch. 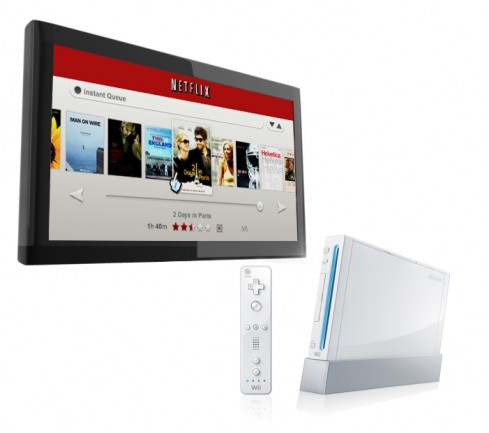 While Nintendo may have successfully competed in the game console market with its higly successful Wii game console, it is however lagging behind rivals Playstation 3 and Xbox 360 when it comes to diverging into other services and features aside from video gaming. Â Playstation 3 has blu-ray movie playback capabilities as well as online connectivity through the Playstation Network while the Xbox has a high-definition movie store and also an online chat facility. And yes, both the PS3 and Xbox also have Netflix service.

So, playing catch-up with its rivals, Nintendo is about to announce that it will soon be adding Netflix service to its Wii console to enable video streaming, according to a report from the NYT. The new Nintendo Wii feature will allow Netflix subscribers to choose from a catalog of older movies and TV Shows through their Nintendoo Wii and watch them immediately on their connected TV.

When the new feature goes live, Nintendo Wii owners using broadband Internet connection at home and who have been subscribe to Netflix’s DVD-by-mail service for the last 9 months can use the new service without incurring any additional cost. But before Nintendo Wii users can watch the moviews, they will have to use a free software disc from Netflix which they need to put into their consoles.

This maybe a rather crude way of introducing video streaming capabilities to its Wii console, but Nintendo certainly knows that there is a growing demand for such capabilities as the market rivalry dictates them to do so. It may not be as good as the video streaming and video playback capabilities of its rival, but it is nonetheless a step in the right direction.