The Symbian Foundation has just announced that the source code of their widely used mobile platform is now completely open source. Â This makes practically anybody eligible to take, use and modify the code for any purpose, be it for mobile or for other purposes.

For Symbian Foundation, making the mobile phone OS open source Â would Â provide the Symbian ecosystem with greater potential for innovation, faster time-to-market and the opportunity to develop on the platform for free. This might also attract mobile phone manufacturers to consider using Symbian in their future mobile phone releases.

And as part of Â the decision to make their mobile platform open source, Symbian Foundation has committed to share platform roadmap and planned features up to 2011.

So what does this mean for us mobile phone users? Well, if you love mobile phone apps developed on Symbian OS, but does not want to use a Nokia smartphone, soon perhaps this will now be available on other mobile phones. Â But that is if mobile phone developers and manufacturers will pick it up and make it available on their mobile devices.

The complete Â source code of the Symbian platform is now available for download at the Symbian developer web site. If you’re an applications developer, you can also download the Symbian Developer Kit and also the Product Development Kit. These kits are supported by the latest Symbian^3 platform. 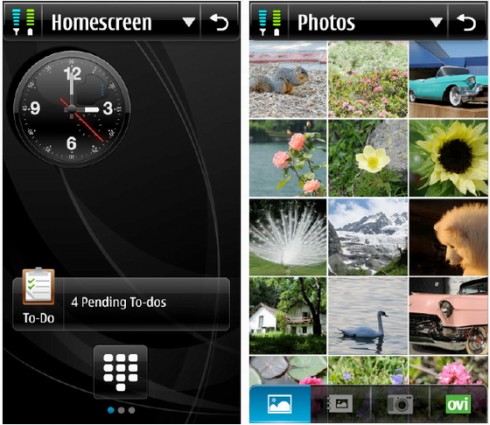 First things first, Nokia is just about to release on a still unknown date it’s latest mobile phone OS – the Symbian S^3, but it would it seem Â that it is already working on the next version – the Symbian S^4. Â After a brief demo of what the S^4 would look like sometime in December 2009, Nokia is now releasing some more juicy information about its upcoming mobile phone OS.

Second thing – Nokia has been very vocal about the features of the S^4 that seem to overlap with other mobile platform. For instance in its User Interface Concept Proposal (v.2), Nokia compared the S6^4 to the Android. Specifically, the two mobile OS’ movable homescreen. Â The difference between these two is that Symbian has “independent unique pages” rather than a multi-touch panel screen of most Android phones.

Notable features of the S^4 that we may or may not see in the final release version include – top and botom menu bars that slides offscreen, streamlined menu for contacts, music, photos and applications, support for homescreen widgets, central power/notification menu, consistent UI that will be built in Qt.

Again, all these were based on a concept proposal made publicly available by Nokia. So, we shouldn’t think of those features as final. One thing is for sure, Nokia wants to improve its mobile phone offerings by coming out with a new and improved mobile OS that could bring new mobile experiences for its loyal users. 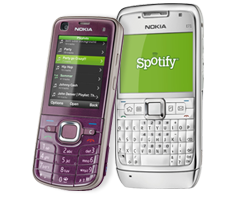 Top music streaming service in the U.K. – Spotify has just expanded its coverage so to speak. Â Just announced is its availability on Symbian-powered mobile phones from the likes of Nokia, Samsung and Sony Ericsson. Â Symbian phone users will now be able to get unlimited music streaming on their mobile phones. Of course, as it has always been, there is a catch to this service – fixed data plan and premium Spotify account. END_OF_DOCUMENT_TOKEN_TO_BE_REPLACED

Keeping address contacts, online status updates, messaging services and multimedia in check at home and while on the move, data is automatically backed up and synced across devices, similarly to services such as Apple’s MobileMe but with the inclusion of web data such as Facebook and IM contacts. END_OF_DOCUMENT_TOKEN_TO_BE_REPLACED