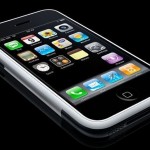 Great news for those who favour competition in the mobile marketplace â€” Vodafone UK will sell the iPhone alongside Orange and, of course, O2.

Again, the details are sketchy. All we’re told is that the iPhone 3G and iPhone 3G S will be available in the UK and Ireland “in early 2010”. That’s possibly a few months later than Orange will be releasing it, though we don’t have any juicy details yet.

Vodafone has had a bit of a love/hate relationship with the iPhone, with successive CEOs either praising or dismissing the handset. Nevertheless, you can be sure Vodafone is pleased to get a share of iPhone action in the UK’s competitive mobile space.

So, come early next year we could see a real price and deals war going on in the UK. About time, too.

Will we hear a similar announcement from T-Mobile in the next few days? It’s possible.

It’s been a busy time for Vodafone. Earlier this week the mobile giant announced a deal with Warner Music that now sees the company become the first global mobile network operator to offer its customers over-the-air access to a DRM-free music catalogue spanning the big four companies: Universal, Sony, EMI and Warner.

Though the days of criminalising music sharing are nearly over, it is good to see more companies just getting on with offering music in formats not crippled with proprietary formats or copy-protection schemes â€” which generally hurt and confuse the average consumer more than those hellbent on copying and distributing music on a large scale. END_OF_DOCUMENT_TOKEN_TO_BE_REPLACED

Keeping address contacts, online status updates, messaging services and multimedia in check at home and while on the move, data is automatically backed up and synced across devices, similarly to services such as Apple’s MobileMe but with the inclusion of web data such as Facebook and IM contacts. END_OF_DOCUMENT_TOKEN_TO_BE_REPLACED

Well isn’t Vodafone the friendly mobile phone operator at the moment? Not content with slashing mobile roaming rates (forget the fact that they’re unfair and should never have been so exorbitantly high in the first place) and offering up Twitter love to its customers, it’s now announced a week of free Facebook access for its users.

Yes, from Friday 24th July, for one week only, those with funky cell phones capable of viewing the web (the Nokia N97 for example) will be able to surf the social network for nothing.

Presumably, the hope is that you get so hooked that, when it stops being free, you’ll carry on and pay Voda’s data rates for the privilege. END_OF_DOCUMENT_TOKEN_TO_BE_REPLACED 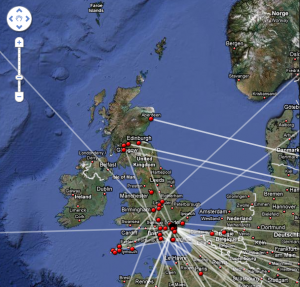 UK mobile operator Vodafone has set up a new web site designed to chart where Brits are going on holiday, via the Twitter hashtag #ukhols.

In the last month or so UKHolsMap.com has been active, the top recorded destinations have been New York, Vancouver, Paris, London, St Ives, Barcelona, Seoul, Cyprus, Crete and Istanbul. END_OF_DOCUMENT_TOKEN_TO_BE_REPLACED