Location based social networking service Foursquare has released a new update to its iOS app that features changes on both its front end and also its internal infrastructure, the changes have also made the Foursquare app more compatible with the iPhone 5’s bigger screen.

The new Foursquare app has improved speed in browsing because of the changes made in its code.  Also, the new update has made changes in the way the app behaves, for example, by providing every user with unique results. All of the search results will be tailored towards the preferences and behavior of the user, a far cry from the general results that it once generated. END_OF_DOCUMENT_TOKEN_TO_BE_REPLACED 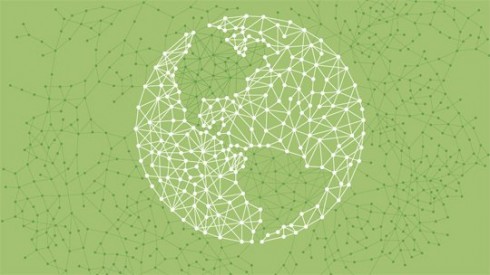 There’s a lot of things going on right now at the Facebook camp, coinciding with their f8 Developer’s Conference. But with the several new things that Facebook unveiled today, one thing is certain, Mark Zuckerberg and his gang is out to conquer the social digital world. You still got time, either you opt-in or opt-out now.

Facebook’s plan of dominating the digital world is a three-point attack right now. This is only its initial salvo. I’m pretty sure there are more to come. In the meantime, let’s take at look at these three strategies which were just announced at the f8 gig.

Zuckerberg knows quite well that Google has already dominated the search dominion and it would take a lot of effort to beat Google into this game. So, why not attack something which Google is starting to dominate – the cloud computing space. Enter Docs for Facebook, which interestingly Facebook is launching in cooperation with Microsoft.

Simply put, Docs for Facebook is like Google Docs, only this time it’s main focus is document collaboration and sharing within the Facebook ecosystem and not just anywhere else. Â Docs for Facebook is pretty simple right now. You can create documents or upload existing ones and then share it with your Facebook friends, via Facebook and within Facebook. Â Can it give Google Docs a run for its money? We’ll know soon enough, once it becomes available to the public.

Gowalla and Foursqure might have something to be worried about. Â Facebook is finally taking the social recommendation, location-aware social networking space for a spin. And it brought along Yelp, Gowalla and Foursquare’s fiercest rivals.

Facebook and Pandora Spike Up the Social Music Sphere

There’s not much details yet about how Facebook and Pandora are teaming up. But one thing is for sure, MySpace which has been dominating the social music niche has something to be worried about. Â All we know is that when you log in to Facebook and go to Pandora for the first time, the music site can immediately start playings songs from bands you’ve liked across the web. It will also show you friends who also like the same songs as you while you are playing or listening to a music.

There you go, three major strategies that will trigger the start of Facebook’s digital world domination. Are you ready for it?